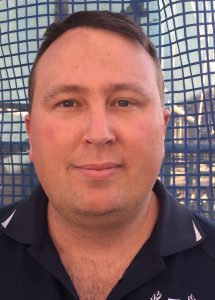 Catholic Voice has a new editor. He is John McLaurin, who grew up in Holbrook and has spent much of his life in rural NSW.

Mr McLaurin took up the position at the beginning of July.

The third eldest of 10 children, he said as a child there were “many trips out of Holbrook to the ‘land of milk and honey’ with quite a few family holidays being spent at South Durras on the coast”.

A horticulturist by trade, he has qualifications in retail, theology and education, including two years studying to be a priest.

For the past 12 months, he has been a Fairfax Media journalist with the Harden Murrumburrah Express.

“I am truly humbled to have been chosen to serve the people of the Archdiocese in the media and communications capacity, and welcome your prayers and support,” he said.