Endorsed by Independent Review and Politicians

The independent review of Special Religious Education (SRE) recently released by the NSW Government has provided strong evidence that highlights the incredible contribution made by parish catechists (SRE teachers) to the religious education of young people in public schools.

On 30 May 2017, representatives from most major providers of SRE across all faiths gathered at NSW Parliament House with the Education Minister Rob Stokes, Shadow Minister Jihad Dib, and other members of parliament, to be presented with a summary of findings by one of Australia’s leading research agencies, McCrindle, into the NSW Government’s independent review of SRE.

Most striking amongst the research presented by Ms Eliane Miles of McCrindle was the levels of satisfaction regarding SRE from schools and parents. The research presented showed that of the 780,600 students that attend the 2,152 government schools in NSW – with SRE taught in 87% of these schools – 84% of parents are satisfied or mostly satisfied with their student’s learning experiences in SRE. 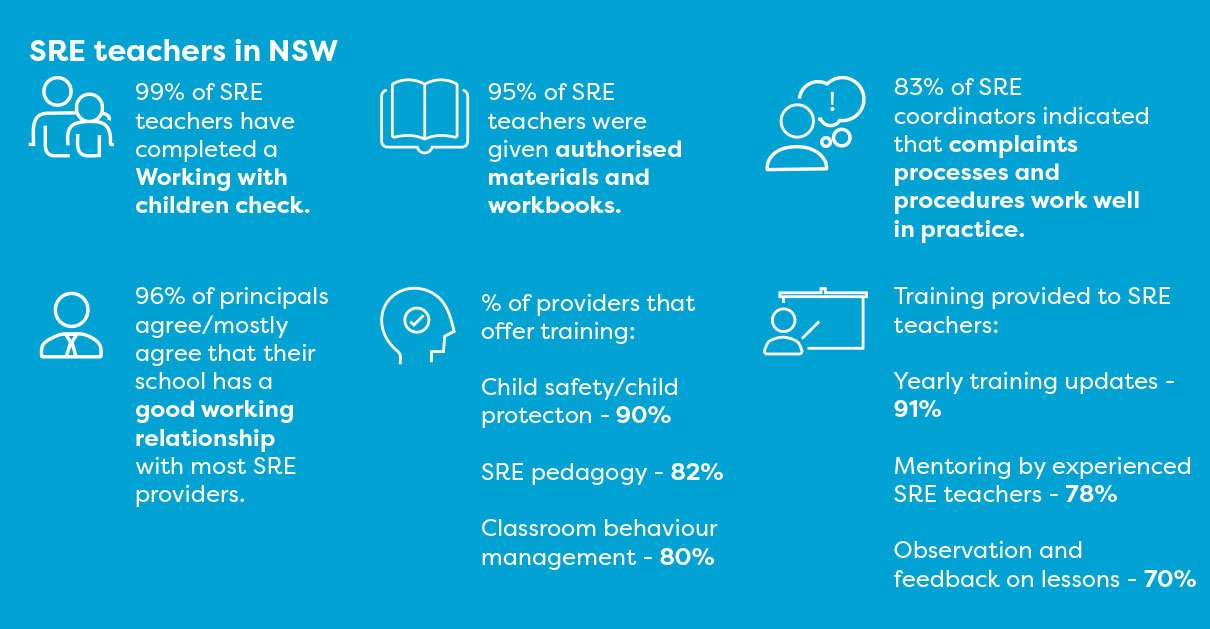 The Review highlighted how SRE contributes to students’ understanding of their cultural heritage and is an avenue for their spiritual care. Further, it noted that the work of SRE teachers builds tolerance in schools, promotes multiculturalism, contributes to a well-rounded education, and connects schools with their local community.

In addressing the gathering, Mr Stokes, said, “It is wonderful that we have in our schools an understanding that humans are made up of three parts, mind, body and spirit, and we need to provide sustenance to each part of what makes us fully human. SRE has a very important role to fulfil in our schools.”

Mr Stokes went on to say on behalf of the NSW Government, “I am truly grateful for all that you do … who knows how many lives have been impacted and changed for the better by the work they [SRE teachers] have done.”

Mr Dib expressed strong bipartisan support for the value of SRE. Mr Dib said, “[The review] was not at any point in time thinking how to do away with it, but rather, how we actually improve it.” In thanking SRE teachers and providers, Mr Dib went on to articulate the importance of ensuring, “Every single student should have an opportunity – for at least one hour in a week – to reflect about the person that they are and the way that they can actually better themselves.”

In NSW, there are 5,000 Catholic parish catechists who see around one in five students in NSW public schools. Representing the Catholic Church as the largest single provider of SRE in NSW, Bishop Peter Ingham from the Diocese of Wollongong gave a vote of thanks to Mr Stokes, Mr Dib, host Mr Paul Green from the Christian Democratic Party, and all MP’s who attended, on behalf of all major providers across all faiths.

“For providers of SRE, there is much to celebrate in the findings of the Review and it will prove enormously helpful in highlighting areas that might need to be strengthened and improved so as to make Special Religious Education even better,” Bishop Ingham said. 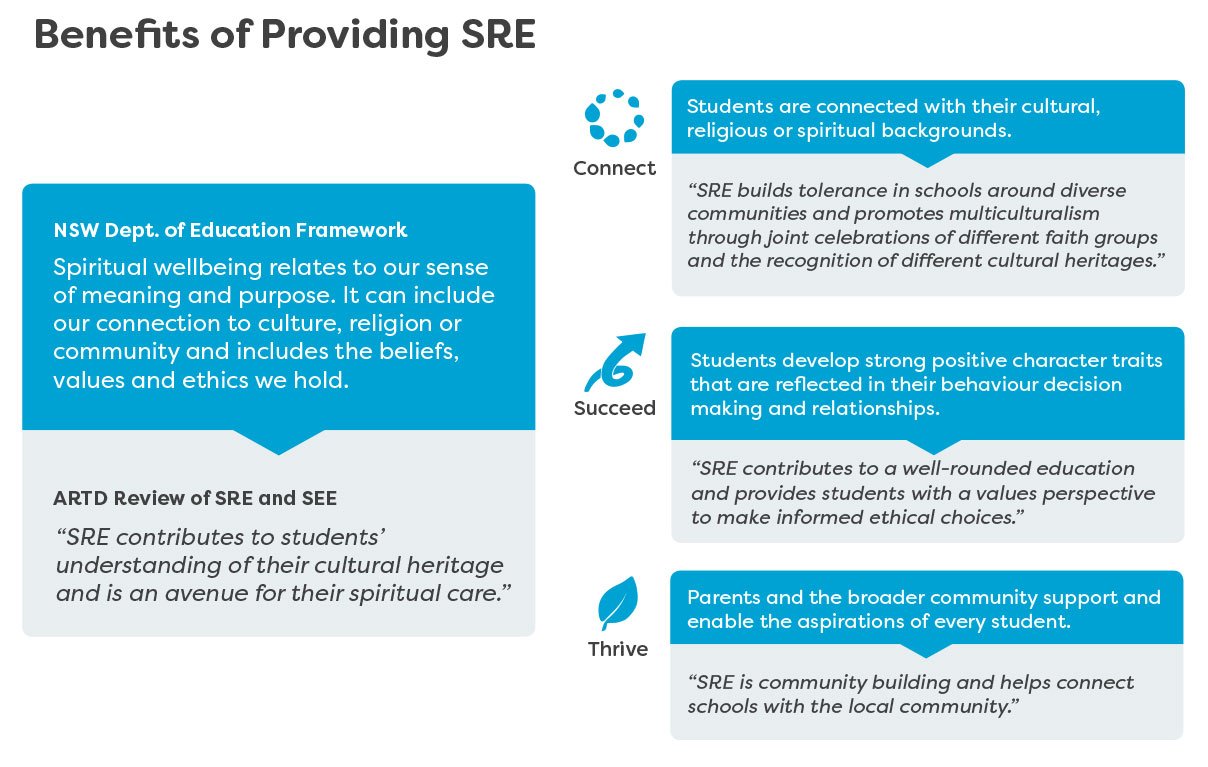 SRE providers have eagerly awaited the findings of the independent review into SRE. All major faiths keenly cooperated in the review process, quietly confident that it would show how serious providers take SRE, evident in the resources they pour into developing curriculums, resources and training. In particular, Bishop Ingham noted how, “Most major providers already have the key recommendations in hand,” including ease of public access to curriculum outlines and training in effective teaching practices.

Bishop Ingham also explained how the major faiths – including the Christian denominations – had effectively pre-empted the results of the review with the establishment in 2016 of a multi-faith group for SRE to “support all faiths through resource sharing of such things as policy and process documents, teacher training, curriculum development, and support”.

Bishop Ingham concluded the evening, noting that the existence of SRE in NSW was indicative of “a mature and inclusive education system” and thanked everyone “for their support of choice for parents, and for their trust of all major religious traditions to deliver increasingly high quality faith formation for young people”.