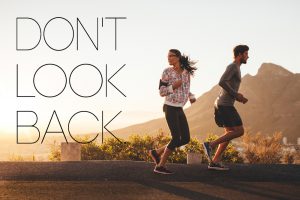 We hear of Lot and his wife in the first reading of our Mass this day. Lot was the nephew of Abraham and he features prominently in Genesis 11-4 and 19.

The news is not good. Sodom and Gomorrah are destroyed and Lot and his entourage – including his wife – are told explicitly by God not to look back at the destruction. Lot’s wife does not heed the warning – to her own detriment. She is turned into a pillar of salt.

I imagine you’ve heard this story. It is a primitive story, but don’t discount it because it is archaic. That would be hubris.

Rather, have a think about this. St. John of the Cross (1542-1591) interprets this ancient story in typically brilliant fashion. He says that Lot’s wife’s mistake was to look back and take an interest in other people’s sin. The people of Sodom and Gomorrah were sexually promiscuous.

John says, “when it comes to other people’s sins and mistakes, don’t bother yourself. You’ll only be wasting your time and energy. And it will collapse your energy for pursuing good things.”

This makes sense don’t you think? We’ve all done it, haven’t we? Looked at other people’s behaviour and found them wanting. Judged them and sometime later regretted it deeply.

On reflection, looking at other people’s sins and failures is a complete and utter waste of time.

We need to stay focused, do the right thing ourselves and not worry about others activities.

If we do, we can expect peace of soul. And this is not a bad outcome.