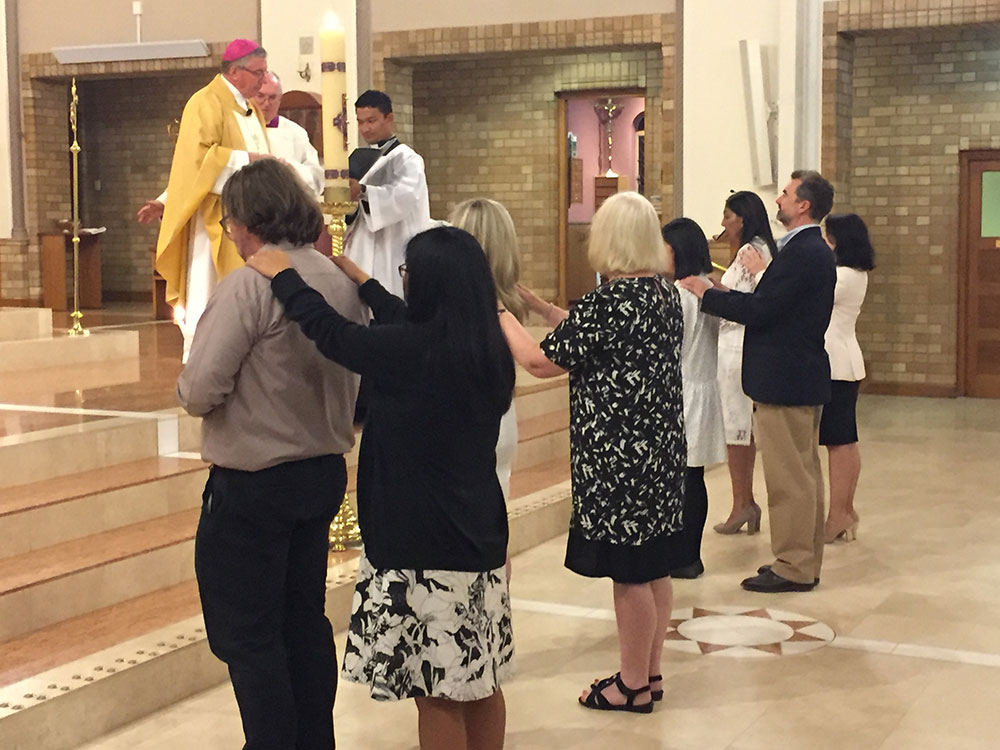 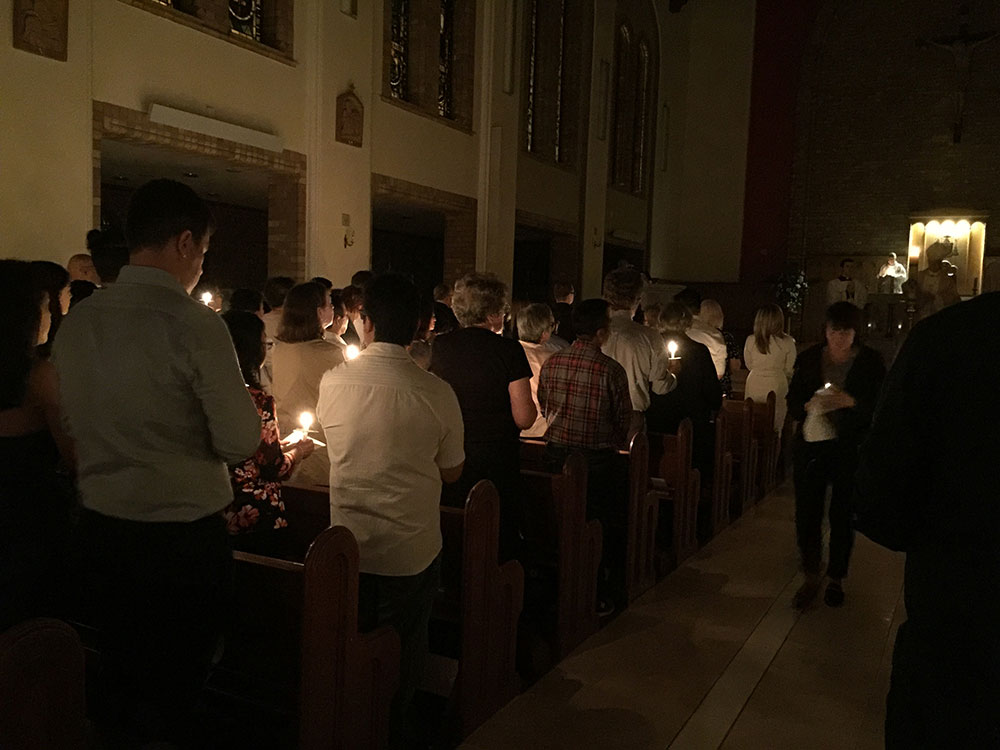 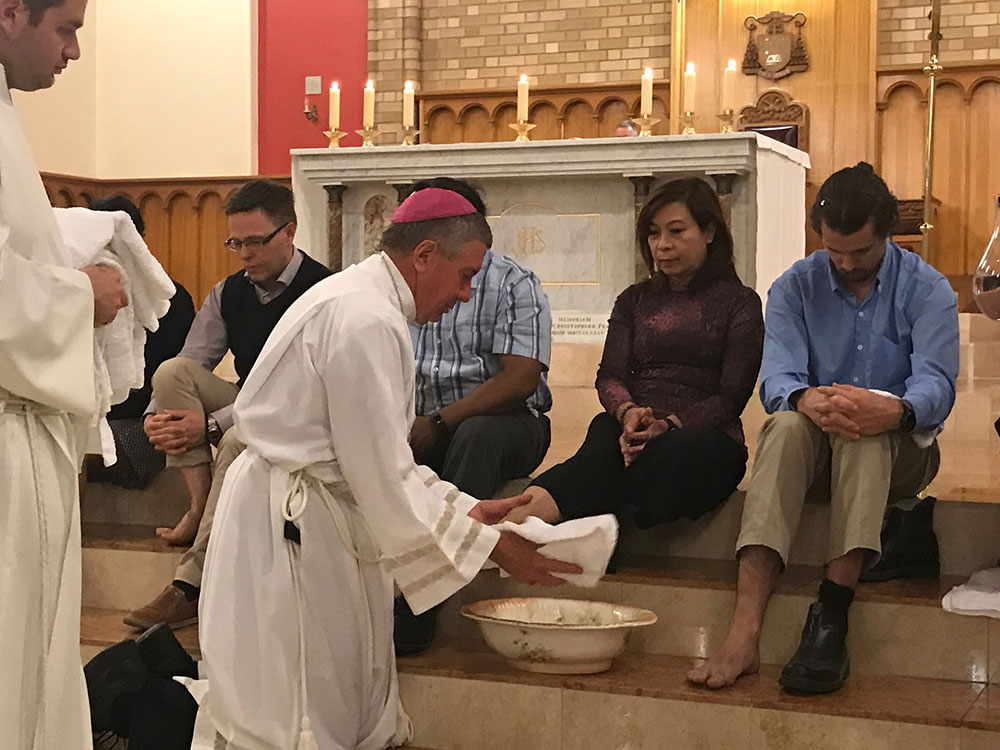 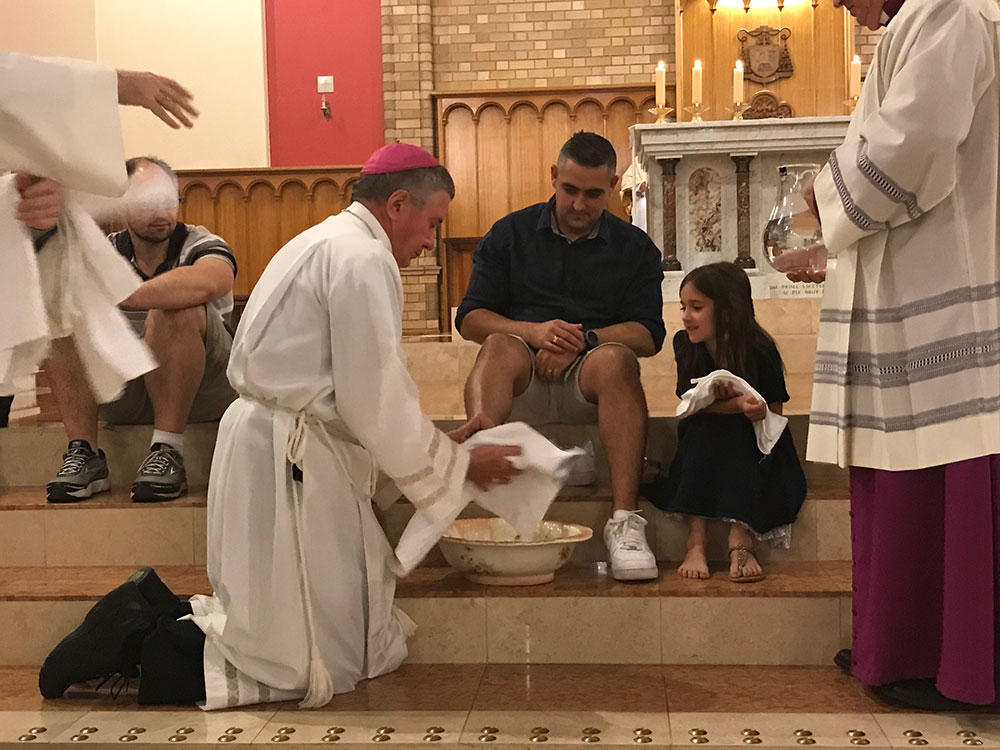 PARISHIONERS spilled into the isles of St Christopher’s Cathedral at the 11am Mass on Easter Sunday, such was the volume of people.

In his Homily, Archbishop Christopher Prowse focused on the wounded and vulnerable and he asked the congregation to keep the people of Tathra in their prayers.

“Now if I was to summarise in one sentence the meaning of Easter it could be said that the wounded and vulnerable Jesus has opened the door for all of us to Easter joy and hope,” he said.

“Jesus made himself vulnerable and wounded on the Calvary cross.”

It was a big Holy Week in the Archdiocese beginning with Palm Sunday, and ending on Sunday.

Priests in the Archdiocese renewed the promises they made at their ordination, during the Mass of the Oils on Monday March 26, while most parishes gathered for Mass on Holy Thursday and Commemoration of The Lord’s Passion on Good Friday. Stations of the Cross proved a popular devotion throughout the Archdiocese.

The Church welcomed several new members into the fold at the Easter Saturday Vigil via the Rite of Christian Initiation Adults process. To learn more about becoming a Catholic visit your local parish.

The Archbishop’s Holy Week homilies will be made available online in the next few days at https://cgcatholic.org.au/about/our-archbishop/homilies/