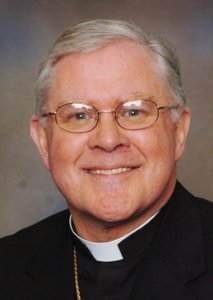 Archbishop Mark Coleridge was born in Melbourne on September 25, 1948, the third of five children. He was educated in South Australia and Victoria, and completed an Arts degree at Melbourne University. From 1969 to 1974 he studied for the priesthood at Corpus Christi College, and was ordained on May 18, 1974 at St Patrick’s Cathedral in Melbourne.

In 2001 he was ordained an Auxiliary Bishop for Melbourne, and in 2006 was appointed as the sixth Archbishop of Canberra and Goulburn, following the retirement of Archbishop Francis Carroll. On April 2, 2012, he was transferred to the Metropolitan See of Brisbane. 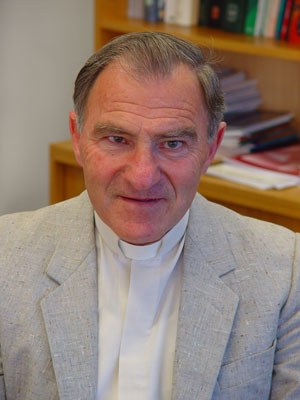 Bishop Pat Power was born in Cooma, New South Wales on February 11, 1942. He grew up in Queanbeyan, completed his primary schooling at St Christopher’s School, Canberra, and was a foundation student in 1954 of St Edmund’s College.

After leaving school, he undertook seven years of training for the priesthood at St Columba’s College, Springwood and St Patrick’s College, Manly. He was ordained in Queanbeyan on July 17, 1965.

On April 18, 1986, he was ordained Auxiliary Bishop by Archbishop Carroll at St Christopher’s Cathedral. He served the Archdiocese of Canberra and Goulburn in the role for more than 25 years, before retiring on June 7, 2012. 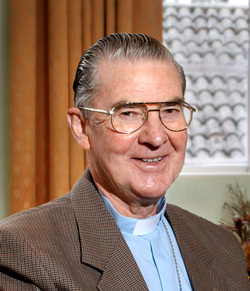 Archbishop Francis Carroll was born in Ganmain, New South Wales on September 9, 1930 and was educated for the priesthood at Manly College. He was ordained on July 27, 1954, and after several parish appointments he proceeded to undertake studies in Canon Law from 1961 to 1964 in Rome.

He became coadjutor Bishop of Wagga Wagga on September 5, 1967, succeeding to the Diocese there on February 24, 1968. He was transferred as Archbishop of Canberra and Goulburn, with his installation taking place on August 31, 1983 at St Christopher’s Cathedral.

Archbishop Carroll was elected President of the Australian Catholic Bishops’ Conference in 2000. He retired from his role as Archbishop of Canberra and Goulburn in 2006 and was replaced by Archbishop Mark Coleridge.