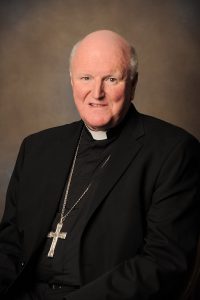 By the Australian Catholic Bishops Conference

Melbourne Archbishop Denis Hart has been appointed by Pope Francis to be a member of the Congregation for Divine Worship and the Discipline of the Sacraments.

The appointment acknowledged Archbishop Hart’s contribution to the liturgical life of the Catholic Church in Australia and internationally, the Australian Catholic Bishops said in a statement.

The Holy See announced the nomination by Pope Francis of ten cardinals, seven archbishops and 10 bishops as members of the Congregation for Divine Worship and the Discipline of the Sacraments.

Vatican Congregations are the senior bodies of the Roman Curia, each entrusted by the Holy Father with a particular area of responsibility.
Through almost 50 years of ministry that has included parish, marriage tribunal, diocesan governance, bishops conference and Vatican appointments, Archbishop Hart has given distinguished service to the liturgy.

After his ordination in 1967, Archbishop Hart was appointed to St Patrick’s Cathedral where he was Prefect of Ceremonies for the Archdiocese of Melbourne (1970-96). He was Executive Secretary of the National Liturgical Commission (1975-90) with responsibility for preparation of the three-volume Lectionary for Mass, the rites of Anointing, Marriage, Funerals, Initiation of Adults, and, in co-operation with publishers, of people’s books for worship.

He was Consultor of the Congregation for Divine Worship (1985-94) and Parish Priest (1987-96). Archbishop Hart served as Liturgy Director and Assistant Master of Ceremonies for the 1986 Australian Papal Visit by Pope (now Saint) John Paul II. He was appointed Vicar General of the Archdiocese of Melbourne (1996-2001), Auxiliary Bishop (1997) and Archbishop of Melbourne from June 2001.

As Vicar General of the Archdiocese, he was Secretary of the Diocesan Liturgical Commission and now as Archbishop he is the overseer, promoter, and guardian of liturgical life throughout the Archdiocese.

Last year during the liturgical art and architecture symposium, ‘God is in the Detail’, the Australian Catholic Bishops Conference hosted the Hart Lecture in recognition of the outstanding contribution of Archbishop Denis J Hart to the liturgy – locally, nationally and internationally.

The Melbourne Archbishop expressed gratitude for the trust implied in this appointment, while expressing readiness “to assist the work of the Church in whatever way possible”.

As a member of the Congregation for Divine Worship and the Discipline of the Sacraments, he will remain in his capacity as the Archbishop of Melbourne and his appointment is effective immediately