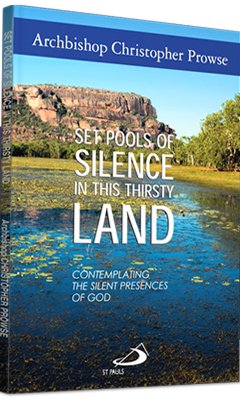 ARCHBISHOP Christopher Prowse has authored a book in time for Christmas.

The title of the book, Set Pools of Silence In This Thirsty Land: Contemplating The Silent Presences Of God, was taken from a poem by renowned poet James McAuley (1917-1976).

The verse is one which particularly resonates with the Archbishop who wrote the book in a concise and accessible fashion for all.

Earlier this year, he released a meditation DVD using the same title, but says the book and the DVD are not directly linked.

He says the inspiration for the book came from more than three decades of ministry, first as a priest, and later as a bishop.

Drawing regularly from his journal, Archbishop Prowse said his ministry has been shaped by vast experiences over the journey, notably several while being involved with prison ministry.

“Just when something happens, a pastoral experience that I’ve had or somebody I’ve met. There is something special in that and I jot it down,” he said.

“At other times I might be going through a rather arid time in my prayer, I go back to it [the journal] and it has helped me come back to a deep oasis of how God has been with me so much.”

He also described the importance of being relational, and said that he has always had an affinity with indigenous people.

A launch for the book was held at the Catholic Bookshop with Fr Michael Goonan and staff of St Paul’s Publications travelling from Sydney.

Joining Fr Goonan at the launch was the book’s designer, Br Carlos Gonzalez, of the Society of St Paul.

On the front cover is a photograph taken in Kakadu National Park. 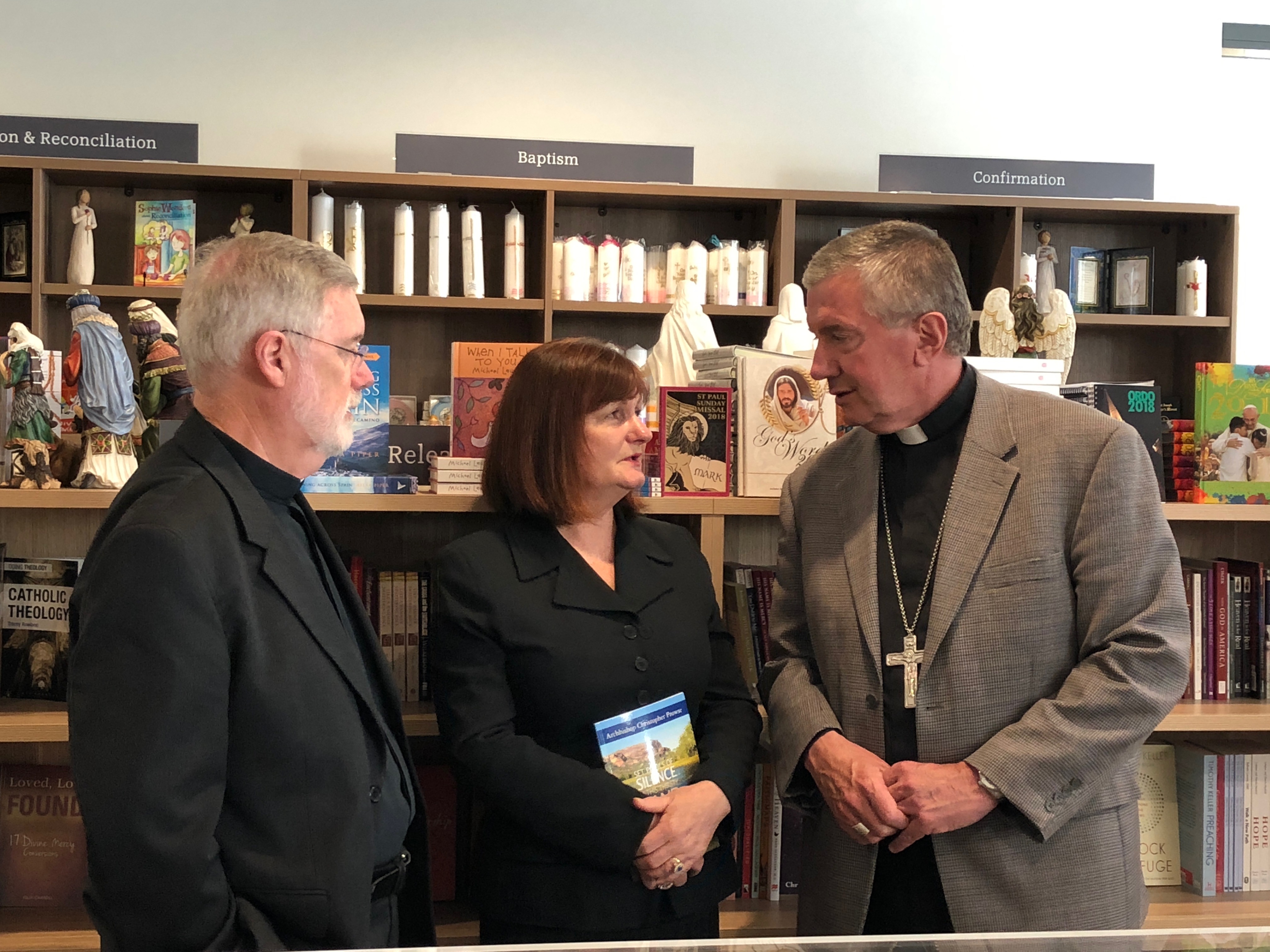 At the launch, Fr Goonan shared how he has known Archbishop Prowse for more than 30 years and said it was a pleasure to publish and launch Set Pools of Silence In This Thirsty Land.

“I was attracted to the book [because] it was directed to a general lay Catholic readership, with brief chapters that were not taxing on the reader,” he said.

“I liked what an elderly Asian woman once told him, that if you jumble the letters in the word silent, you can also form the word listen.

“I think that is very profound and sums up the core message of this book.”

Bookshop manager Anne Woods said at the launch that the book reminded her of “someone panning for gold”.