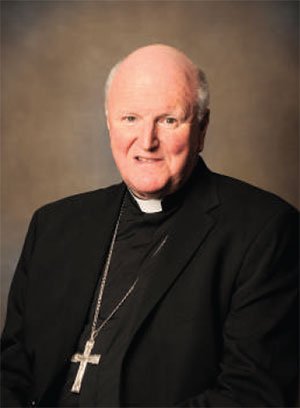 Speaking in the wake of the Australian Marriage Law postal survey results which voted to legalise same-sex marriage, he called on Parliament to recognise and respect the concern of more than 4.8 million people who opposed a change to the definition of marriage.

“A change in civil law does not change the Catholic understanding of the nature of marriage,” he said in a statement, which also called for Catholics to respect the dignity of those with a lesbian, gay, bisexual, transgender, intersex and queer persuasion.

“The Catholic Church, and many others who sought to retain the definition of marriage as it has been understood for centuries, continues to view marriage as a special union between a woman and a man, which allows for the creation and nurture of children.”

Archbishop Christopher Prowse, in an interview on ABC Radio Canberra, reiterated the position of the bishops’ conference.

The survey showed that 61.6 per cent of respondents voted to legalise same-sex marriage with 7.8 million people saying ‘Yes’ and 4.8 million voting ‘No’.

An estimated 79 per cent of Australians took part in the vote.

Canberra had the highest percentage of ‘Yes’ voters in Australia with 74 per cent.