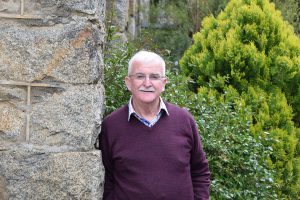 WHEN THE Cursillo Movement celebrated its 50th anniversary in the Archdiocese late last year, it signalled the end of Fr Allen Crowe’s personal involvement with the lay group.

“In February 1997, I accepted an invitation to be the spiritual director for a three-year appointment and ended up staying for 20,” Fr Crowe said.

“It’s now time for me to take a step back from this ministry, due to poor health in recent years.”

A retired priest based in Young, Fr Crowe credits the movement with playing a pivotal role in him becoming a priest.

“Initially I started as a lay person with a three-day weekend as a candidate in October 1988,” he said.

“And it was through the experience of participating in this weekend that I felt myself ready to accept the challenge of seminary formation and discernment toward priestly ordination.”

Not long after, he begun theological studies at St Paul’s Seminary in Kensington and was ordained a priest at St Mary’s Church, Young, in April 1994.

There are few stronger advocates for the benefits of Cursillo than Fr Crowe.

“Cursillo is a Spanish word meaning short course in Christian living,” he said.

“The charism and spirituality of the Cursillo Movement is a journey of the heart, and gives an opportunity for people to share their lived experiences and where they encounter Jesus and God Our Father in their lives.”

He leaves the chaplaincy to Batemans Bay parish priest Fr John Armstrong, who was appointed as co-spiritual director late in 2009.

Mrs Martin cited that like several others, the newly elected president of the movement in the Archdiocese, Jeanne Montgomery, joined Cursillo after being encouraged by Fr Crowe.

National Co-ordinator of the Australian Catholic Cursillo Movement Joe Jambor said Fr Crowe had been “a stalwart supporter of the movement” and thanked him for bringing “humility, warmth, and good humour”.

“I have been privileged to count him as a friend and have gained much insight from him.

“He has a connection with the land, while his art and his ancestral heritage are important elements in his life.”

Fr Crowe will continue to assist in Archdiocesan ministry by celebrating Mass in the Young Mission.

This will be in addition to fostering his love of photography.