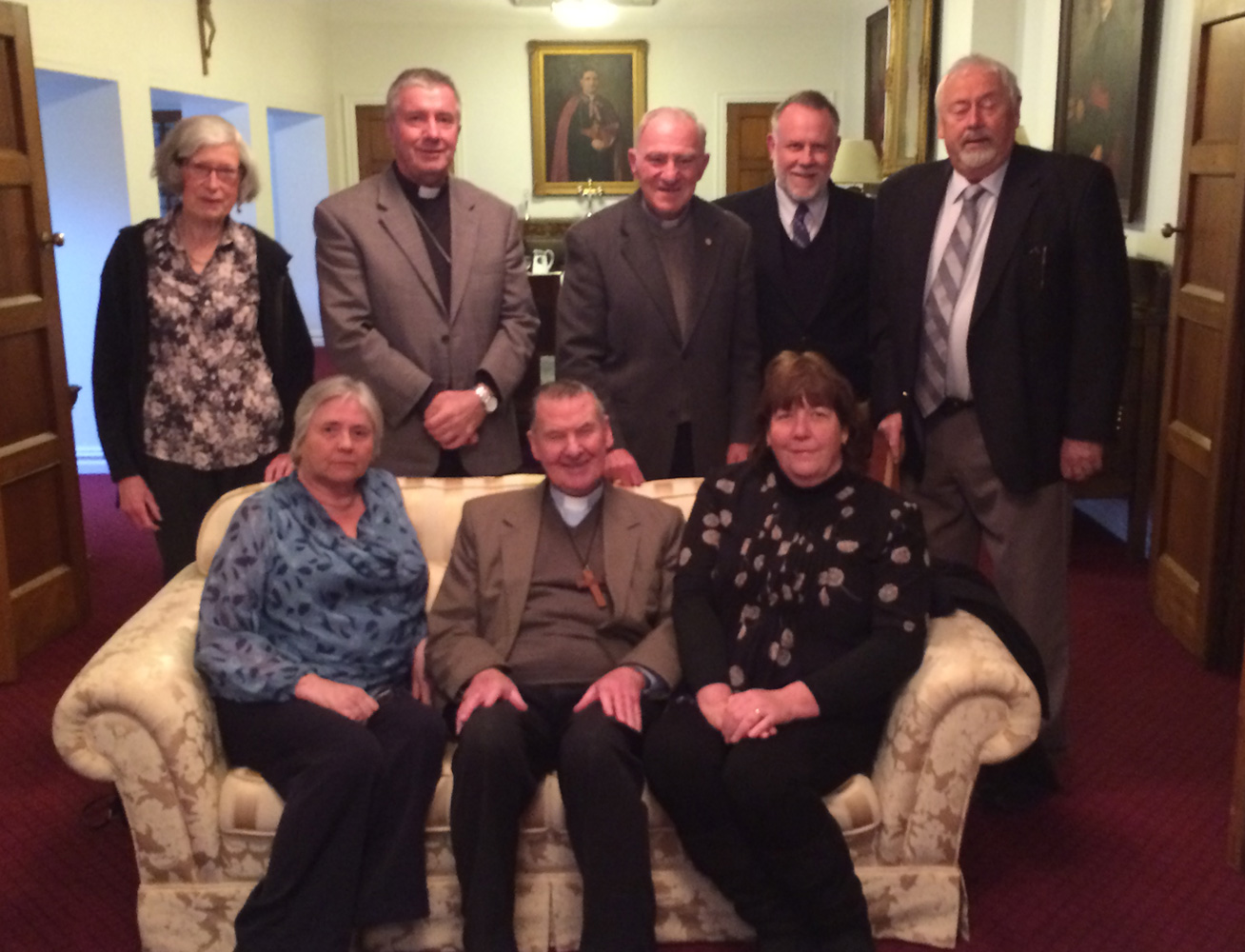 FIFTY years to the day of his ordination as bishop, Emeritus Archbishop Francis Carroll was in Canberra today, to celebrate and reflect on the occasion of his episcopal Golden Jubilee.

To celebrate the anniversary, he was joined for afternoon tea at Archbishop’s House by Archbishop Christopher Prowse, Bishop Pat Power as well as several priests and deacons of the Archdiocese.

A thanksgiving Mass and dinner are due to take place this evening.

Upon reflection, Archbishop Carroll said he was initially surprised to be made a bishop of the Diocese of Wagga Wagga, “way back in 1967”.

He said the scourge of Institutional Child Sex Abuse by members of the Church has been most disappointing and that it has overshadowed much of the good work done by the Church over many years.

He said being the first bishop to welcome Pope St John Paul II to Australia in 1986 as well as the Archdiocesan synods in 1989 and 2003 as some of the main highlights in his ministry.

He paid tribute to the countless amount of “wonderful lay people” that he has encountered and said he has always received good support from other members of clergy wherever he went and spoke of “many happy relationships”.

Regarding the upcoming 2020 Plenary Council, he said that with “good preparation through prayer and work”, it can be a decisive event in the life of the Catholic Church in Australia.

A local from Ganmain in the Diocese of Wagga Wagga, Archbishop Carroll was Archbishop of the Archdiocese from 1983 to 2006.