Listening to and answering the call 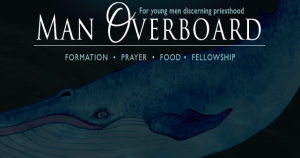 What is a vocation?

The word ‘vocation’ comes from the Latin verb ‘vocare’, which means to be ‘called’. Regardless of what our vocation is, whether it be in married or religious life, each one of us is called to holiness, through self-giving love and service.

Naturally, married life is the most common of all the vocations. The fruit of marriage is children and inevitably many married couples will take on another vocation as parents. In Amoris Laetitia, the recently published post synodal exhortation on the family, Pope Francis gives meaning to this way of life:

“The Sacrament of Marriage is not a social convention, an empty ritual or merely the outward sign of a commitment. The Sacrament is a gift given for the sanctification and salvation of spouses. Marriage is a vocation, inasmuch as it is a response to a specific call to experience conjugal love as an imperfect sign of the love between Christ and the Church. Consequently, the decision to marry and to have a family ought to be the fruit of a process of vocational discernment.” (no.72)

In the same document, the current pontiff also gave some sound advice for those who are preparing for marriage by stating that the main objective of marriage preparation for engaged couples is to “help each to learn how to love this very real person with whom he or she plans to share his or her whole life.” (no.208)

He also reiterated the importance of having a good example to follow.

“Among those who are best prepared for marriage are likely those who witnessed the example of Christian marriage from their parents.” (no.208)

Whilst married life can be truly amazing at its very core, sometimes the demands of daily life can take their toll on some people. Every vocation continually needs to be worked on. There are any number of support networks available for couples and it is important for them to seek help if it is needed.

Francine and Byron Pirola are a well-known couple within the Catholic Marriage circles, who run the Marriage Resource Centre. As current members of the Australian Catholic Marriage and Family Council, an advisory council of the Australian Catholic Bishops Conference, they support married couples through counselling and education. On October 21 and 22 this year they are hosting the 2016 National Marriage Conference in Sydney with a number of key speakers including, Archbishop Anthony Fisher, Christopher West, Archbishop Mark Coleridge, Karen and Jonathan Doyle Drs Ron and Mavis Pirola and many more.

For some people the single life is not necessarily an easy one to live, while for others it is a choice they make according to Archdiocese of Canberra and Goulburn, Vicar General, Fr Tony Percy.

“In tradition, the church has always maintained that there are four primary vocations including – marriage and family, priestly life, religious life and the celibate lay life,” he said.

“All vocations are a mystery and the call to celibacy is no different. The key piece of Scripture for the single life is found in the Gospel of Matthew, 19:12.

It says that there are eunuchs for the sake of the kingdom and outlines various reasons for celibacy,” said Fr Percy.

The Archdiocese of Canberra and Goulburn currently has five seminarians at various stages throughout their priestly formation. The latest of these is Adrian Chan. Hailing from Singapore, Adrian is spending six months in the Gungahlin Parish getting a feel for the Archdiocese and its people. In January / February next year, he will likely join his fellow seminarians at the seminary of the Good Shepherd Seminary in Homebush, Sydney.

God willing, Joshua Scott, will be ordained to the diaconate at St Mary’s Catholic Church, Young, later this year on October 22.

Namora Anderson and Alexander Osborne are the next two most senior seminarians for the Archdiocese. They are currently studying to become administrators of the sacraments and preachers of the Word, along with Eden Langlands who is in his first year.

To help foster vocations to the priesthood, the Archdiocese has implemented a program called Man Overboard. Held on the first Friday of every month (public holidays excepted) it is a monthly gathering of young men discerning the priesthood. It is a time to gather, reflect and commune in order to feel supported during a time of such importance. For more information on Man Overboard please contact Vocations Director, Fr Emil Milat on (02) 6972 3003 or by email: emil.milat@cg.org.au

The Canberra Serra Club are also instrumental in supporting vocations with prayer and awareness. Once again this year, they were present across the two days at the Canberra Vocations Xpo promoting the call to priesthood.

There are currently nine married deacons in the Archdiocese of Canberra and Goulburn. They have proven themselves to be of great assistance in the parishes over the years. A deacon can read the Gospel, preach the Word, administer the Rites of Baptism and they can also preside at Marriages and Funerals outside of Mass. They cannot marry once they have been ordained.

Vocational Discernment and Tips for Finding your Vocation

Above all, knowing one’s vocation is vital to leading a fulfilling life. Whilst no vocation is necessarily easy, there is also a great peace that comes with doing God’s will. Getting to know one’s self and spending time in deep prayer is the surest way of ascertaining whether a person’s vocation is genuine and of God. Taking up spiritual direction, is often another means of gaining a better self-awareness.

Fr Tony Percy, believes that it is common to misinterpret a vocation, but insists that it is not necessarily because God doesn’t want to grant it to a person.

“It’s interesting, St Augustine said that often God is far more willing to give than we human beings are willing to receive,” the Archdiocesan Vicar General said.

“Of course we are dealing with a mystery but there can be a number of blockages whether it be cultural, wealth or whatever, it is possible not to hear the voice,” he said.

There are a number of wonderful resources about the various forms of vocations online including http://www.catholicozvocations.org.au and https://marriageresourcecentre.org/

Good books on the subject of vocations are available at the Canberra Catholic Bookshop at 55 Franklin Street, Manuka.

There are any number religious orders in Australia, let alone throughout the world. In Canberra, the Missionaries of God’s Love religious community continues to grow with several more ordinations to the priesthood approaching in the next few months.

“The harvest is rich, but the labourers are few” (Matthew 9: 37) and “Come follow me and I will make you fishers of men ”( Matthew 4:19) are two Bible verses which are often front and centre when it comes to discussing religious vocations.

A long the paths of a privileged and colourful life journey, I have been called by God’s mercy to join a group of consecrated women in the Catholic Church. My story began on a farm in South Australia, near Saint Mary MacKillop’s first school. Although my family were actively involved in the Uniting Church, my siblings and I attended this school and took Catholic sacraments along with my mother. Both the ministers in our family’s church and the priests in my new church were instrumental in my faith journey.

Towards the end of school my solid, narrow faith began to break up. I questioned my vocation call and Christianity’s relevance. Over the next few years I worked in a nursing home, organised local and international interfaith events and completed a Bachelor of Circus Arts in Melbourne. In the circus course I worked with amazing people who challenged the status quo, saw the potential in the world and sought to bring it colour and life. It therefore seemed an easy transition to vows as a Sister of Mercy!

Through interfaith involvement I learned to rediscover and value my own religious tradition, seeing it with new, more open-minded eyes. The call to a committed public life of faith continued and led me to women who found strength from prayer and community to participate in God’s reign in the world through the works of mercy. So at 22, I joined the Sisters in Adelaide and took my First Vows at 25 in 2010. Since then I have been privileged to work with people in homeless shelters, youth ministry, detention centres, prisons and parish, and to study theology. For all of these gifts, I am truly grateful!