Loui Seselja is the man behind the camera

On holidays, he is known to pull up the car often and anywhere to pursue it.

Sometimes he gets up before sunrise so as not to miss an opportunity. 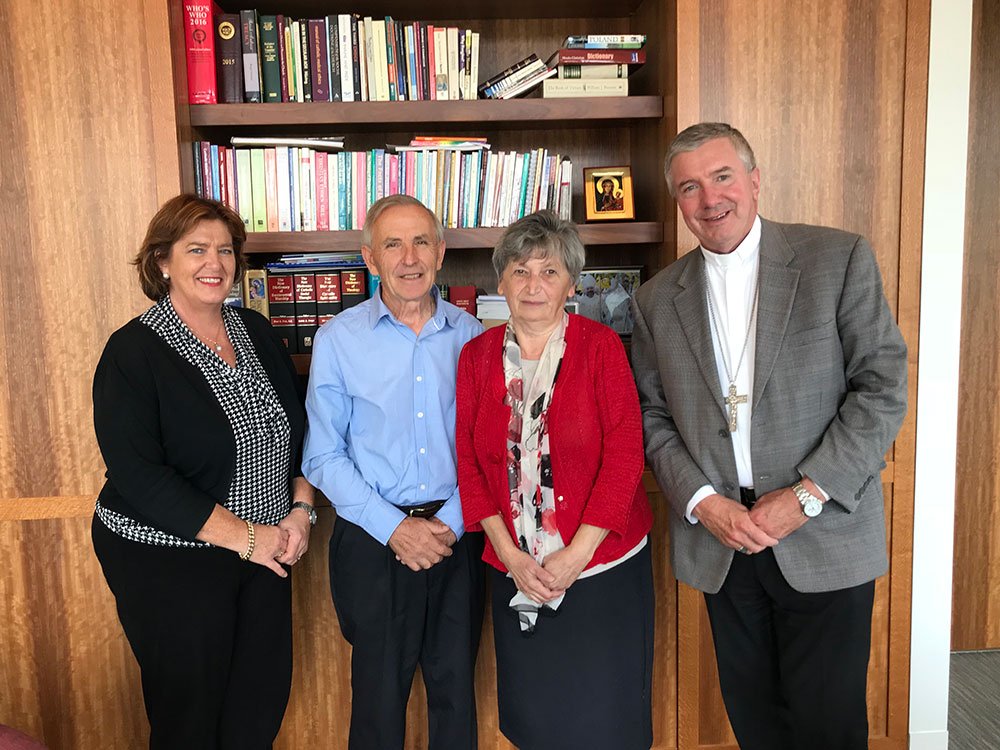 Croatian-born, he is a quickly recognised face in his Catholic and cultural community circles as the unobtrusive man behind the lens. His work quietly appears equally in many places.

His talents recently featured in two Canberra exhibitions as part of the Vivid National Photography Festival.

One lot focused on the life of the Croatian community, the other covered the Archdiocesan Catholic family.

The fact that they are the only two major exhibitions which he has mounted says much about the man.

He says he does not enter for awards, nor does he tend to hang his pictures on the walls at home.

“When a picture has served its purpose, then there’s no need for it.”

Born on the island of Dugi Otok (long island) off the Dalmatian coast, Mr Seselja was the last of his family to migrate to Australia, single and aged 19. His departure was legal. Ten years before, in 1958, he remembers the night his brother escaped the communist Yugoslav regime with a boatload of refugees.

He turned to his interest in photography when his plans to finish high school in Australia hit a snag, due to his lack of English.

“Through my photography I realized that I had a universal language,” he said.

He married Katica in 1971 and incurred her displeasure when, on a weekly pay of $50, he spent $90 on his first camera, a Yashica.

From that point his collection of tens of thousands of photographs was well underway.

Mr Seselja does not hesitate when asked about his best shot.

“It was of a newly arrived refugee woman, a young woman from Afghanistan with her children,” he said.

“I zoomed in on her eyes and saw the fear in them.

“I was privileged to take that photograph.”

Photographing people has always been his passion; shots of refugees and indigenous people stick in his mind.

The ones he enjoys more than any, however, are those of his six children and 20 grandchildren with another one on the way.

He says what makes a good photograph is that it needs to be genuine, not staged, interesting and beautiful.

“I try not to interfere in the subject matter,” he said.

“You want them to relax and you don’t tell them what to do.”

Many of his photographs over the years have related to his Church, his faith, matters he takes seriously.

“I have never forgotten that people in the Archdiocese befriended me when I came here,” he said.

He says his perfectionism leaves him constantly frustrated with his work and he is always chasing something nice.

“I never feel I do it properly,” he said.

“The perfect picture is elusive.

“Often I have good ideas, but things turn out different.”

He is also super-critical of his work and careful to let others be critical of what he does.

He says good equipment is important but what matters most is the subject.

“Seconds are important,” he said.

“If you don’t have the shot then you can have the best camera in the world with the best gadgets, but it won’t matter.”

So if you are up before sunrise, don’t be too surprised to see a man with a camera looking for the ideal landscape shot.

The long-time photographer for the Archdiocese is stepping away from his role at the Catholic Voice to spend more time with his family.

As Mrs Seselja points out his work with Catholic Voice combined two of his main interests, the Church and taking photos.

Mr Seselja’s career as a photographer with the National Library spanned three decades between 1981 and 2010.

He left hundreds of, primarily, documentary photographs in the Library’s historic collection.

He insists that he is not putting the camera away entirely, but says he is looking forward to being home more often.

“I have had a wonderful time working for Catholic Voice and have been involved with it from its beginning” he said.

“It has been an absolute privilege but I feel that the time is right to at least slow down.”

His talent and efforts were celebrated with morning tea at St Christopher’s Pastoral Centre attended by Archbishop Christopher Prowse.

He and his predecessors were often been the subject of Mr Seselja’s photography over the years.

“Loui has been a great example of a Catholic married and family man over many years,” Archbishop Prowse said.

“As a migrant from Croatia he has inspired so many and we thank him particularly for his talents as a photographer used so generously in the service of the Catholic Voice.”

“I have known Loui to be most generous with his time and resources for a good while,” she said.

“I put that down to his great love of the Archdiocese and the people in it.”

Mrs Seselja says working for Catholic Voice has been good for her husband as he had met many good people along the way.

“We have a growing extended family and it will be good to have him around more to help pick up kids from school and to run them to their various activities,” she said.

Mr Seselja with family and friends present recently celebrated 50 years since arriving in Australia which he feels blessed to call home.

Here he has provided Catholic Voice with 10 favourite shots taken during his time as a photographer for the Archdiocese.