Mother Teresa to be canonised in September

AFTER months of anticipation, the date of Mother Teresa’s canonisation has finally been announced. It falls on September 4, which this year will also mark a special jubilee for workers and volunteers of mercy.

Although it’s been rumoured for months that Mother Teresa’s canonisation will take place on September 4, the Vatican made the date official during a March 15 consistory of cardinals.

Mother Teresa was born Agnes Gonxha Bojaxhiu on August 26, 1910, in Skopje, Macedonia. After joining the Sisters of Loretto at age 17, she was sent to Calcutta, where she later contracted tuberculosis, and was sent to rest in Darjeeling.

On the way, she felt what she called “an order” from God to leave the convent and live among the poor.

After she left her convent, Mother Teresa began working in the slums, teaching poor children, and treating the sick in their homes. A year later, some of her former students joined her, and together they took in men, women and children who were dying in the gutters along the streets. 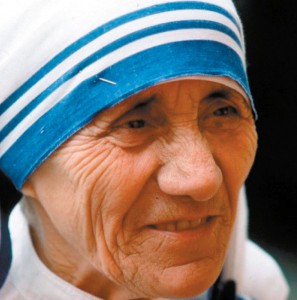 Blessed Mother Teresa will be canonised on September 4, almost 13 years after she was beatified. PHOTO: ONLINE

In 1950, the Missionaries of Charity were born as a congregation of the Diocese of Calcutta. In 1952, the government granted them a house from which to continue their mission of serving Calcutta’s poor and forgotten.

The canonisation of Blessed Jose Sanchez del Rio is also noteworthy. He will be made a saint on October 16, alongside Blessed Jose Gabriel del Rosario Brochero.

Blessed José Luis Sánchez del Río was brutally tortured and killed when he was 14 years old during the 1924-1928 religious persecution by Mexican President Plutarco Elías Calles. José Luis had enlisted in the ranks of the Cristeros, under the command of General Prudencio Mendoza.

He was martyred by the Federal Army on February 10, 1928. According to the story, the soldiers cut off the soles of his feet and forced him to walk barefoot to his grave. Moments before he was killed, the boy shouted, “Viva Cristo Rey!” or “Long live Christ the King!”

His character was one of the main protagonists in the 2013 film, For Greater Glory.

Born on March 16, 1840, the priest suffered from leprosy throughout his life, and is known for his service to the sick and the dying. He died in 1914 and was beatified by Pope Francis on September 14, 2013.

Sweden will also receive a new saint in Blessed Maria Elizabeth Hesselblad, who will be canonised on June 5 alongside Polish Blessed Stanislaus of Jesus and Mary Papczynski.

Born in the small village of Faglavik, in Sweden’s western coast province of Alvsborg on June 4, 1870, Blessed Maria Elisabeth was a nurse and a convert to Catholicism. After her conversion, she went on to found a new order of Bridgettines, called the Most Holy Saviour of St Bridget.

Blessed Stanislaus of Jesus and Mary Papczynski is a Polish priest born in 1631 and beatified by Pope Emeritus Benedict XVI in 2007.

Often referred to as the ‘Father Founder’, Blessed Stanislaus is known for his writings and constant encouragement to contemplate God’s mercy and to turn to Mary Immaculate for guidance and protection.

In addition to founding the Congregation of Marian Fathers of the Immaculate Conception of the Most Blessed Virgin Mary, the priest also experienced visions of Holy Souls in Purgatory, and urged penance and prayers on their behalf.