New vision for our youth 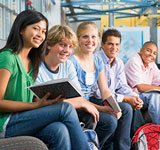 Empowering young people to encounter Christ, giving them the tools to live a life in the spirit and participate in the mission of the Church forms the basis of the Archdiocese’s new vision for Youth Ministry.

Entering 2017 with a re-structured model, the Archdiocese will provide a stronger emphasis in implementing Catholic Schools Youth Mission Australia (CSYMA) into its secondary schools.

Forming the backbone of the re-structure will be four key components which include a Marriage Family Youth Commission, Youth Chaplaincy, CSYMA Youth Ministers and Regional Youth Ministry Bases.

The Archdiocese’s new vision comes in the lead-up to the Year of Youth in 2018, which was recently announced by the Australian Catholic Bishops.

The Archdiocese has a three year plan from 2017 to 2019, which will incorporate each of the 12 month calendar years before and after the Year of Youth.

CSYMA which has Australian Catholic University (ACU)’s Peter Woods as its founding director, is a four-phase secondary school-led program.

It aims to develop a better connection between schools and the parishes with the goal of having a “flow-on effect”.

CSYMA is a teacher centred student formation model that is integrated into the heart of the curriculum. In addition, it focuses on the development of a Youth Ministry Team being promoted from within each school with assistance from area based employed Youth Ministers.

The Archdiocese has four schools signed up to CSYMA and more will follow suit next year.

“It is an exciting opportunity to officially bring the ministry into the schools on a much larger scale than what has been.”

Having been involved with the implementation and development of CSYMA for the last 11 years and assisting schools around Australia resourcing of the program, Mr Galea has witnessed first-hand the benefits of bringing the resource to the schools, something which he has already done in his time as a teacher at St Edmund’s College.

CSYMA started in the Archdiocese in 2007 and has expanded nationally, with approximately 90 schools and 33 youth ministers on board.

“The strength of CSYMA is that it seeks to empower staff and students through a supportive and formative approach,” Mr Galea said.

“It’s a model that is flexible and has the ability to enhance the charism of each school.

“I look forward to having the opportunity to work with other teachers and students in a collaborative new dynamic and focused approach within Catholic education and the Archdiocese.

“A launch like this is something which unites the schools in the Archdiocese and it is a great platform to go into next year with a new energy and a new current.”

Vicar General, Fr Percy was equally enthusiastic about what CSYMA will bring to the Archdiocese, describing it as an “attractive model” and “something which has enormous potential”.

He said the rationale for the re-structure is a belief that “the process of incorporation into the Church is Belong – Believe – Behave.

“Establishing a community that welcomes and embraces young people and provides them with opportunities to encounter Christ, is crucial to the vision.”

There are a number of partnerships which will come into effect next year, including a key partnership with ACU’s La Salle Academy.

The ACU La Salle Academy partnership includes the running of a Graduate Certificate in Education: Leading the New Evangelisation (LNE) for teachers in Catholic schools.

As the ACU Director of Teacher Faith Formation Programmes, Mr Woods is proud of the affiliation and role that the university has in shaping Youth Ministry within the Archdiocese.

“This (LNE) will be the core to forming our teachers and leaders to equip and empower our Catholic schools and Church communities to be centres of the New Evangelisation,” he said.

“The Archdiocese will be the first to implement the LNE course starting in 2017.”

Huw Warmenhoven is currently the National Youth Coordinator for CSYMA and he also holds a Youth Ministers Coordinator’s role within the Archdiocese. He will also be a familiar contact as CSYMA comes more into effect next year.

“I think the vision is extremely exciting, a new chapter in youth ministry,” he said.

“The core focus will be on forming young people in the schools, drawing them together in broader Archdiocesan events, establishing discipleship pathways into the Church through the youth ministers and supporting and resourcing the Church communities to provide further formation opportunities beyond the school context.

“This vision should be one of great excitement! Combining a comprehensive and integrated structure along with an Archdiocesan focus on student, teacher and leader formation, we are looking forward to seeing our Archdiocese become a leader in school to Church ministry in Australia.”

Archbishop Christopher Prowse said he was confident that the new movement for youth within the Archdiocese was a step in the right direction.

“I am truly delighted that a new and exciting model of our outreach to our youth will be launched in our Archdiocese from 2017,” he said.

“The CYSMA model is based on a ‘youth speaks to youth’ Catholic evangelization impulse.

“It proposes a personal encounter with Jesus alive in our Church and leads youth to a deeper immersion into the sacramental and outreach dimensions of our faith.

“Let us all pray for this pastoral initiative and support it enthusiastically.”

A key date for the New Evangelisation will be the National Youth Equipping School (February 23-26) and CSYMA iWitness Student Conference (February 26-27) both held in Canberra at the John Paul II Polish Centre. 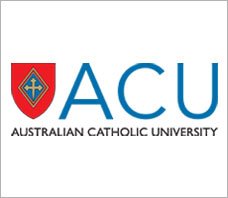