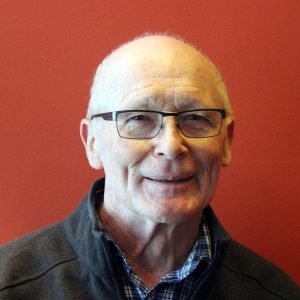 Living in the Snowy Mountains high country of Australia, it is little wonder that Jindabyne’s Noel Braun made his way to Fatima by foot even though most pilgrims arrive by bus or by car. His trek was all part of his continued search for meaning as he walked from Portugal to Spain. Noel has dialogued his journey in a book called I Guess I’ll Just Keep on Walking. Chapter 18 of the book deals mainly with his time spent at Fatima. As we approach the centenary of the apparitions of Fatima, we take some extracts to share with our readers.

A solid uphill walk conveyed me from Minde to Fatima, thankfully though the silent blue gum forests, a minor joy that gave a sting to my walking. Blue Gums are proloific in Portugal, covering about 7% of the land. I stopped for a breather in a patch of saplings where freshly cut logs provided the seating.

The closer to Fatima the more home-made signs I passed as if zealous locals were anxious pilgrims were heading in the right direction. They stirred in me excitement and anticipation. I was curious about Fatima.

Fatima is important both for Portugal and the Catholic Church. A place of pilgrimage and of veneration in its own right, it’s one of the world’s most important Catholic shrines.

Fatima’s Sanctuary welcomes up to four million visitors each year, drawn by apparitions of the Virgin Mary that appeared to three shepherd children, Lucia and her two younger cousins, Francisco and Jacinta, on the 13th day of each month between May and October of 1917.

Devotion to Our Lady of Fatima received unprecedented papal support. Pope Pius XII encouraged devotion to her in 1946 and again in 1950. Pope Paul VI prayed at the shrine in 1967. (St) Pope John Paul credited Our Lady of Fatima with saving his life during the assassination attempt in 1981. He came to Fatima as a pilgrim in 1987. Pilgrims visit Fatima all year, but the feast days of 13th May and 13th October draw up to 75,000.

After walking through the forest, I found myself on the edge of a vast open space.

I came upon a large open plaza. Two enormous basilicas facing each other across this plaza dominate the sanctuary. At the other end, the Basilica of Our Lady of the Rosary is a gleaming Neoclassical church flanked by monumental colonnades. Building commenced in 1928.

Opposite and beside me was the Basilica of the Most Holy Trinity, such a contrast in its simplicity and minimum of decoration. I could see the open-air Chapel of the Apparitions, built on the site of the apparitions. It’s the hub of the sanctuary.

There are many forms for the four million annual visitors, ranging from up-market hotels to humble hostels.

There were many hotels for pilgrims as well as stack of shops and stalls full of religious objects and souvenirs, ranging from the tacky to the beautiful.

At first I was the detached observer, like an anthropologist studying the practices of an ancient culture. It was also a challenge to what I regard as my progressive faith as I expected to find myself in a time warp when Catholicism consisted of many devotions such as the daily rosary and novenas. This was the Catholicism of my youth. I was hooked. I accepted Fatima. I decided to participate, to give in to the depths of the experience, boots and all, to go with the flow of my feelings, to rediscover the rosary and my ‘old-time religion’.

To read in full and to order a copy of I Guess I’ll Just Keep on Walking: Continuing the Search for Meaning go to http://www.noelbraun.com.au/keeponwalking.html