Reaching out to those who are missing 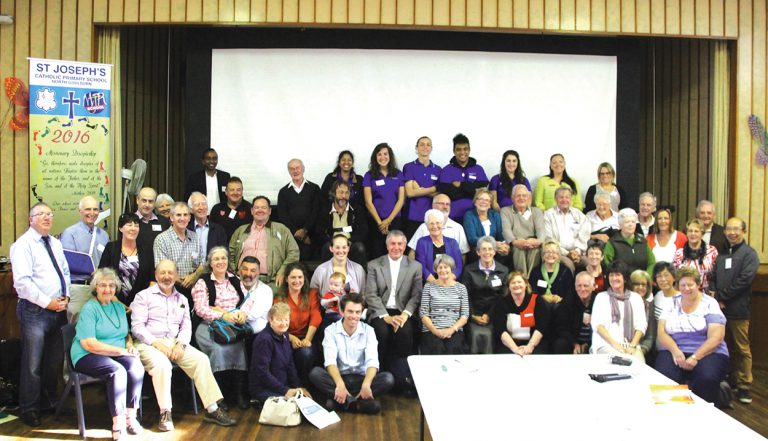 Who is missing from the table of the Lord?” was the focus of the opening liturgy at the Northern Deanery Assembly held in Goulburn.

Archbishop Christopher Prowse spoke about his own family, and reminded everyone that clergy and religious are not immune to family difficulties and dysfunction.

His honest, and at times humorous, account of his own upbringing allowed the assembly’s 50 participants to freely discuss their own situations and vulnerabilities.

They were challenged by scenarios presented in the liturgy, and were called to reflect on what part they played in reaching out to those who no longer feel they are worthy or wanted at the Eucharistic table.

Later, working in parish groups, participants discussed how their homes and parishes could become places of mercy.

Responses will be collated and returned to parish priests and parish pastoral councils for further discussion and action.