Recommendations and future possibilities for the Belconnen parishes 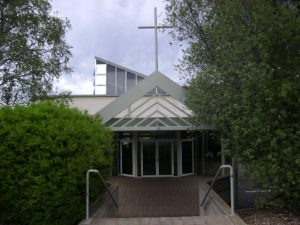 Archdiocesan Vicar General Fr Tony Percy addressed the parishes in the Belconnen region recently, writing on behalf of Archbishop Christopher Prowse following recommendations which were made in the wake of His Grace establishing the Belconnen Parishes Working Group in April 2016.

The Working Group’s task was to look into the organisation of Catholic parishes in the Belconnen region building on the work of previous groups and consultations from as far back as 2006.

After much work and consultation, the Group submitted to Archbishop Prowse a series of recommendations on August 9, 2016.

In essence it recommended that the six parishes in the Belconnen region be brought together into two parishes.

After consideration of further demographic statistics and predictions, the Council of Priests met on November 10 and considered the recommendations of the group.

From the meeting three recommendations were made:

In the letter, Fr Percy thanked the parishioners during this time of change and he particularly sought out the Working Group for its efforts.

He also reaffirmed parishes in the Belconnen region that the Archbishop’s Office for Evangelisation (AOE) will provide significant help to them during the time of transition and opportunity.

In other Archdiocesan news, a further announcement was made recently by Archbishop Prowse advising of a number of appointments to parishes and chaplaincies.

On January 1, Fr Johnny Abraham will take up a number of appointments which include being assistant priest at Evatt/Kaleen, priest in residence at Archbishop’s House and chaplain to the Canberra Hospital.

Fr Jin will share the ACU role with recently appointed vocations director, Fr Paul Nulley who will become parish priest of O’Connor from January 27 which is in addition to his role as universities and youth chaplain.