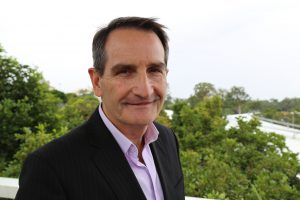 TWO meetings of Catholics in Canberra have appealed for reforms, calling for all Catholics, clergy and laity, to assume leadership in the Church.

The Concerned Catholics of Canberra-Goulburn, the reform group established last year, gathered to hear Francis Sullivan, CEO of the Truth Justice and Healing Council, speak on the way ahead for the Church following the Royal Commission into Institutional Responses to Child Sexual Abuse.

Mr Sullivan told the 200 attending the meeting that a litmus test of the Church leadership would be the degree to which it acted on the recommendations of the Commission to instigate a major review of Church clericalism, diocesan structures and governance.

He said he was heartened by a recent statement of Archbishop Christopher Prowse, recognising that the Church needed to respond to the abuse scandal with even better protection and prevention measures, and that he had already instigated a review of governance including practical measures.

But Mr Sullivan said Catholics needed to do more to effect reforms.

“The outrage that many Catholics and the broader community had displayed during the course of the Commission was very real,” he said.

“But it remains a fact that unless we all do more than attend a meeting or sign a petition, not a lot will change.”

Following that meeting, representatives of Catholic reform groups from around Australia met in Canberra the next day and issued a statement advocating for systemic reform and asserting the responsibility of all Catholic people to be heard and to lead in the Church.