Tony a pilgrimage veteran after 25 years 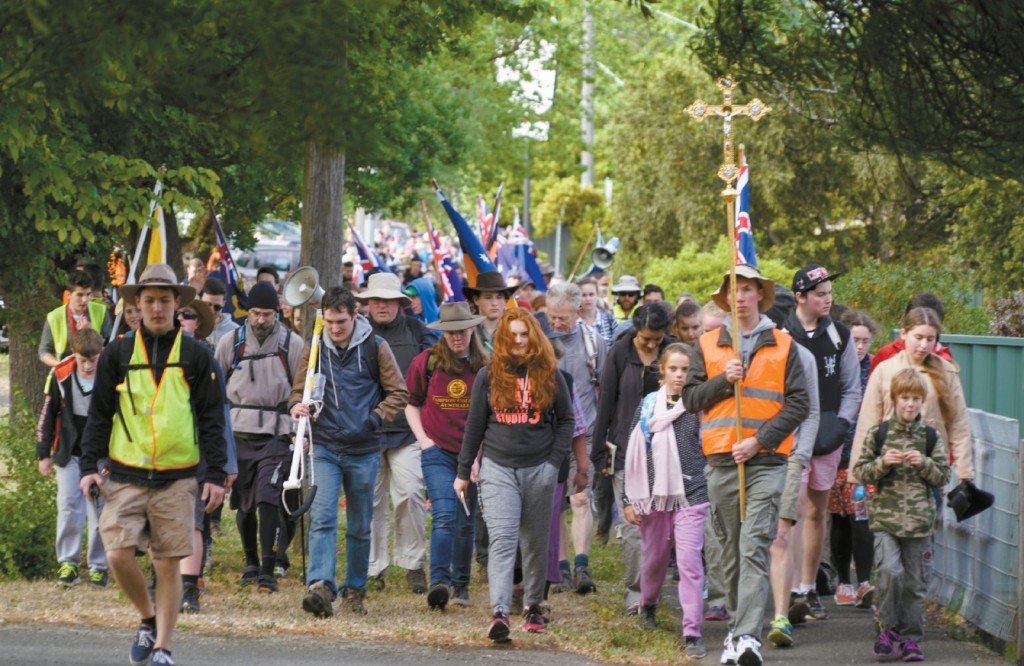 Canberra man Tony Pead has taken part in every Christus Rex pilgrimage since the annual three-day, 90km walk first took place in 1991. Between 250 and 400 people participate in the pilgrimage from Ballarat to Bendigo each year. PHOTO: PATRICK GIAM

EVERY year since 1991, Catholics from all parts of the country have taken part in the annual Christus Rex pilgrimage, making the 90km journey from Ballarat to Bendigo on foot.

A number of aspects have remained the same over the years – the blessing of pilgrims on the opening morning, the venues for camping overnight, and the time-honoured prayers and litanies sung throughout the three days.

Another constant over the 25 pilgrimages has been the presence of Canberra man Tony Pead – the only person who has walked every pilgrimage.

Mr Pead spoke to Catholic Voice recently about his involvement in the pilgrimage, which is held on the last weekend in October each year to coincide with the feast of Christ the King, according to calendar used in the Extraordinary Form of the liturgy.

He said the pilgrimage has come a long way since its humble beginnings in 1991.

“There were about 20-25 walkers and five or six infrastructure people on the first one,” he said. “Now the average attendance is anything between 250 and 400 people.

“On that first pilgrimage, I remember that about six of us battled manfully with the Gregorian chants for the Masses; we did a workmanlike job, sure enough, but many of us still struggled with the chant notation.

“The original choir of six has grown to a choir pushing 50 this year.”

Mr Pead said the group who organised the first pilgrimage were eager to replicate the Paris to Chartres pilgrimage on Australian soil.

“Pilgrimages were usually occasioned by relics of saints, or shrines, or miracles that had occurred,” he said.

“As Australia had none at that time, it was thought that a three-day pilgrimage between two relatively close cathedrals in honour of the social reign of Christ the King would be a fitting way in which to revive the pilgrimage tradition.”

This year’s pilgrimage, held from October 23-25, was one of the largest, and included participants of all ages and from all parts of the country.

“There’s everyone from small children to elderly people, but the 15-30 age group is always impressively large, which is a great sign of hope,” Mr Pead said.

Although the walk is challenging physically, Mr Pead said injuries and fatigue were not the only difficulties he had faced over the years.

“I was once overtaken by a 90-year-old,” he said. “Imagine the demoralisation!

“There have been times when I’ve thought I’ll never walk the next day. But the resilience of the human body is amazing.

“I’ve been blessed to never be subject to blisters, only bruising on the soles of my feet.” 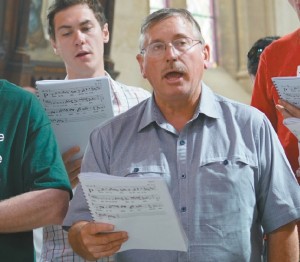 Mr Pead has always been a member of the Christus Rex pilgrimage choir. PHOTO: PATRICK GIAM

While there are numerous highlights during the pilgrimage, Mr Pead said there was one particular aspect he enjoys the most.

“The Mass on the second day of the pilgrimage, which these days because of the wonderful numbers who attend, is held under a beautifully adorned tent outside, always seems to work,” he said. “It’s very moving and a highlight for a lot of people.”

The 60-year-old, who has been part of the pilgrimage choir each year, said he wouldn’t miss the event for the world.

“It’s something which is very special to me and at times I get quite emotional when I see all these young people… who are now men and women in their 30s, and I’ve known them since they were under 10,” he said.

“It means a lot to me and is a source of great satisfaction to see the pilgrimage grow and… to see communities being enriched by it.”

He also encouraged newcomers to join the pilgrimage in the coming years.

“The pilgrimage is a major Catholic cultural event in this country,” he said.

“People really ought to come along and see for themselves. They’ll be greatly welcomed… and hopefully be spiritually invigorated by participating in it.”