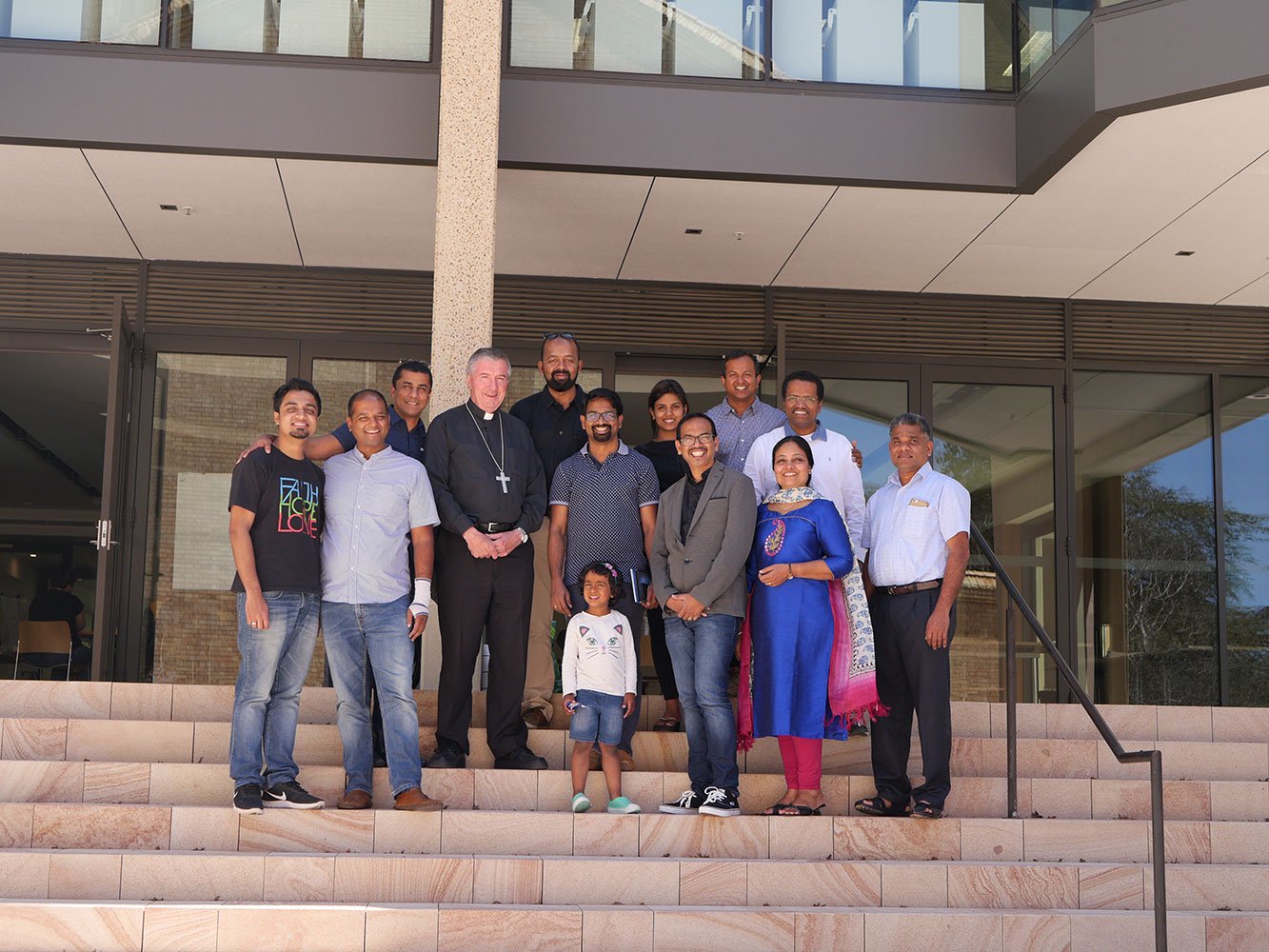 That is the view of Fr Mathew Kunnappillil and Roby Ray Joshua who spoke after the band had completed their whirlwind Australian tour of seven concerts in 10 days.

Fr Kunnappillil is the parish priest of Canberra’s St Alphonsa Syro-Malabar Parish, while Mr Joshua is regional coordinator of the Jesus Youth Movement.

“Rexband showed us that as Christians we mustn’t be afraid to bring Jesus to the world in a public setting,” Fr Kunnappallil said. He hopes the band will return.

“The great thing about Rexband is the joy they bring crowd through involvement,” he said.

Mr Joshua said Rexband were seasoned performers over 25 years, and have been invited to a number of World Youth Days.

“Their presence in Australia was well received and there is no limit on what good they have done here,” he said.

Rexband’s first concert was held at the Queanbeyan Bicentennial Hall and attracted more than 800 worshippers.

Their third visit to Australia was an initiative of the national Syro-Malabar Eparchy of St Thomas.

Archbishop Christopher Prowse, who is the national chaplain to the Jesus Youth movement, attended the concert in Queanbeyan along with other priests of the Archdiocese.

“The thing that impresses me the most about Rexband is that they are forever praising God and not making it about themselves,” he said.