Where are women in the Church? 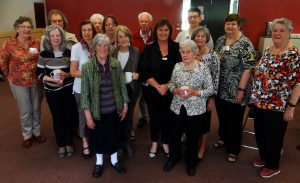 “Where are women in the Church?” was the topic posed by the Archdiocesan Commission for Women to its guest speaker, Archdiocesan Financial Administrator, Helen Delahunty on Saturday November 12 at the annual Open Morning.

After describing something of her family, upbringing and schooling, Ms Delahunty explained she realised that baptism was her entry into a community, the Catholic ‘family’, and that her vocation was to use her gifts for the Kingdom of God.

She spoke of the pleasing variety in her current position, which is primarily to look after the temporal goods of the Catholic Archdiocesan Church.

“The Church can’t operate without financial stability,” she said. “We need money for mission.”

So where are women in the Church? Everywhere! Women make up nearly two thirds of both worshippers and workers in parishes: they are pastoral associates, undertake various liturgical and pastoral ministries, do gardening and house-keeping, are involved in financial and stewardship ministries.

“Do not underestimate the influence of women!” Ms Delahunty reminded listeners.

“Women have a different leadership style from that of men. We tend to be more nurturing, and supportive of each other.

In her address, Ms Delahunty gave examples of four women within the Archdiocese who are currently the heads of important organisations including Moira Najdecki  in the Catholic Education Office, Anne Kirwan at CatholicCare, Camilla Rowland at Marymead, and herself, while also highlighting that Suzanne Greenwood is the CEO at Catholic Health Australia.” 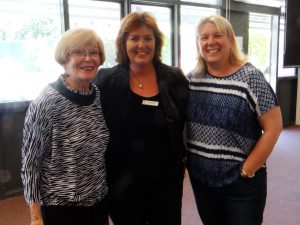 At question time, the Archdiocese’s financial administrator was asked about the continuing power of traditional Catholic patriarchal culture.

She said she believed it was shifting and being modified.

“Clericalism is not so prevalent now, the culture is slowly changing,” she reported.