Catholic Schools for All

You often hear the saying, ‘as full as a Catholic School’, particularly if someone had a little too much to drink!

Recently I attended the National Catholic Education Commission Conference in Perth, where over 1400 Catholic educators were in attendance. We were reminded that there are 1731 Catholic Schools in Australia, educating 785,000 students and employing over 90,000 staff – we are not a minnow! Although Catholic school enrolments continue to grow significantly across Australia (70 new Catholic Schools to be built in next 5 years to meet demand), so too are students who identify as non-Catholic.

Ever since the Second Vatican Council, students who are not Catholic have sought and been accepted into Catholic schools, in greater numbers than ever before. Students who are not Catholic have always been a part of the student population in our schools and they certainly play a significant role. Our Archdiocesan enrolment form states that, “our Catholic System schools are open to all who are willing to commit to support the philosophy, values and aims of Catholic schooling.” 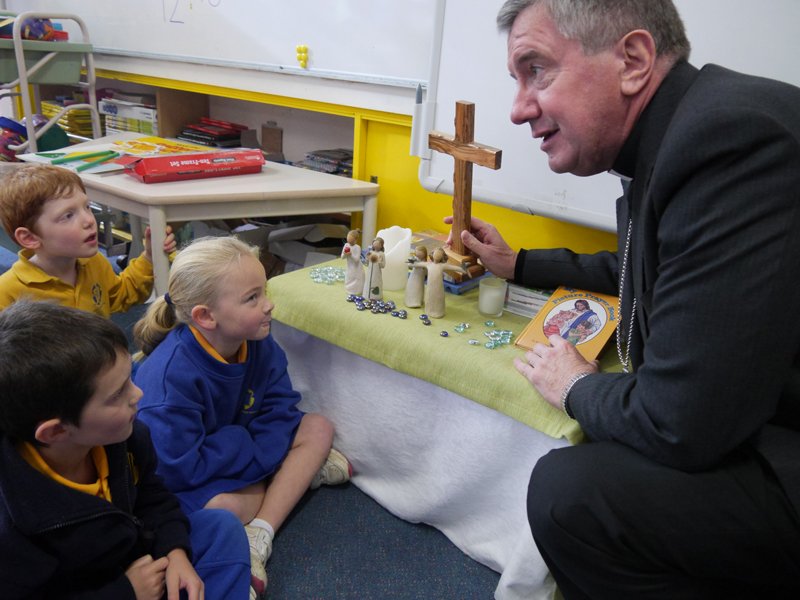 Catholic, and this percentage is increasing. This is a trend that is similar across all States and Territories.

I believe local Catholic schools are comfortable delivering Catholic values and beliefs to classrooms of mixed backgrounds. Whilst many students come from families with a strong background in the Catholic faith, many do not. Regardless of family background however, all students are expected to engage with the Catholic beliefs, rituals and values promoted in the curriculum. Every family enrolling a child is asked to be supportive of the Catholic faith, its ethos and values. Those who choose a Catholic school for their children do so on the understanding that they respect and agree to support the Catholic identity of the school, and acknowledge the importance of religious education for their children.

Non-Catholic enrolments are increasing by about 1% a year. From my experience at enrolment interviews, parents are very attracted by the quality of the academic programs on offer, the clear Catholic values and the warm, inclusive, tolerant, accepting community that is our local Catholic School.

The presence in Catholic schools of students who are not Catholic has been positively acknowledged and affirmed in all Church documents since Vatican II. These documents affirm the presence of non-Catholic students as a sign of the Church’s commitment to the common good in all communities, especially those in poor and developing regions.

We are very proud of our Catholic Schools and all who seek a Catholic education – regardless of background. If parents want to know more about what our schools offer, or more about the Catholic faith, please speak with your child’s teacher, Principal or the local Parish.