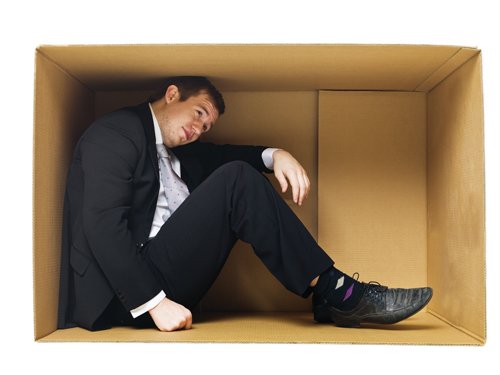 Before meeting me, my non-atheist but non-believing husband associated churches with formality. He was there for a wedding or a christening or for ‘chapel’ during his school years.

Consequently he was always in a church, in a tie or a bow tie. Charlie has an odd (but not too odd because I actually suffer from exactly the same ‘phobia’ … romantic huh?) tactile sensitivity, in which he absolutely detests things touching his neck. Hence, tie wearing is extremely uncomfortable and all-consuming.

It was this irritability that caused me to scold Charlie in a church in the early days of our relationship. Admittedly it was hot. We were out west and the ceremony was at about 3pm, when the sun is at its finest, but his huffing and puffing and twisting and twirling were bordering on disrespectful so, as he put his head in his hands, elbows on knees, I leant down and whispered, right in his ear, in my best teacher voice, “You need to get over it!” He swiftly replied with, “You need a tic tac!” which very promptly put me in my place, but my scolding, though a little zealous, was also about the discomfort he felt in a church – unrelated to his clasped top button! He felt uncomfortable and I usually felt uncomfortable for him, over compensating or worrying that we weren’t doing the same things during Mass.

In fact, when we went for our pre-marriage counselling with the local priest, he answered the doorbell and I introduced my husband-to-be with, “Hi Fr Paul, this is Charlie and he’s not baptised”. I’m not sure what Fr Paul thought of my clunky introduction but, at the time, it was something I felt I needed to get off my chest!

I used to be acutely aware of the differences – not kneeling, not coming up to receive Communion, not reciting the prayers that I don’t think I could NOT say out loud, even if I wanted to as they are so ingrained, but now I don’t. Now, I feel incredibly proud and pretty chuffed that my not-baptised husband chooses to come along to many Masses and sit beside me as I belt out notes that are way too high for my out-of-tune voice. Or, join the family offertory procession – even if I have only made him aware of it during the Prayers of the Faithful and have presumed that, ‘of course you know what to do – it’s an offertory procession!’ Resulting in a teeny, little heated argument at the back of the church, and me eventually shoving the water in his hand, and the cloth over his arm like a 1970s Page Boy!

Now the casual shirt (top button well and truly open) Mass attendances definitely outweigh the tie and bow tie wearing ones, and a much more relaxed husband sits in the pews – occasionally eating some of the girls’ sultanas or apple during the Eucharistic Prayer – but I try very hard not to lean over and chastise too much … apparently we all have our faults!