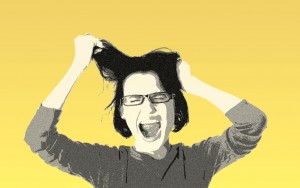 As Easter approaches and I think of catching up with family and friends, my thoughts wander back over many holidays and reunions, but one trip in particular comes to mind.

It had been a long, at times hard year, and with no car and little money, a holiday or even a weekend away had not seemed possible for the kids and me.

Then one day, dear Sr. Margaret came to the door with the offer of a week by the sea in Narooma. She had organised everything – three cars of St Vincent de Paul volunteers would take us to the bus, and we would be met at the other end.

With much excitement we counted down the days, then the night before, I laid out our clothes; determined we were going to look a million dollars on our big vacation.

Some of the kids had been carsick in the past, and so, along with a nappy bag and some spare pieces of clothing, I packed a packet of salty crackers and a large bottle of lime cordial.

We arrived at the bus station early, so our bags went into the baggage store first and we scrambled aboard, finding seats as close to each other as possible. Annette, 12 sat next to Ryan, 7; Seamus, 11 sat next to Patrick, 9; I held baby Manon, 16 months and Imogen, 2 sat next to me. Liam, 5 sat behind me next to a friendly lady with a big, colourful turban on her head.

The engine purred and passengers chatted as the bus filled. I counted the kids, ticked them all off and looked around. At the very back there was a toilet and I noticed the seats were upholstered in a leaf-green, plush velour, as were the walls up to the windows – must be hard to keep clean I thought.

The genial hum dimmed to a few whispers when the speakers started to crackle, a voice demanded silence and the driver began to speak – not the ‘good morning dear travellers, my name is Bob, let me know if you need anything and let’s be on our way to your fabulous coastal holidays’, but a prescriptive list of the do’s and the don’ts of riding in ‘his’ bus.

“This is my bus and I look after it”, fair enough I thought. “There will be no eating or drinking on this bus”, I wondered if my nappy bag would be searched for contraband? “We will be stopping in Bungendore for 5 minutes, I advise you not to get off the bus! If you do get off the bus, I advise you to take your camera with you, so you can take a photo of the bus leaving you behind.” At this point, passengers were looking around trying to guess who might not make it to the coast. “I will be stopping in Braidwood for 5 minutes and I advise you again not to leave the bus, because I WILL leave you behind.” I pass reassuring winks and smiles around to my wide-eyed children.

“We will stop in Bateman’s Bay for 10 minutes, and again, if you are intending to continue your journey – do not get off the bus!” I start counting on my fingers – one, two, three, four hours thirty minutes of travel divided by seven children with nothing to eat or drink? The driver’s voice droned on and he said something about Moruya – but I was holding 2 toddlers and a growing sense of unease was creeping into that morning of such promise.

Then we were off! Out of Canberra and through Queanbeyan and up and down and up and down the hills toward Bungendore. The bus was quiet and voices were hushed when Patrick, looking pale-green, came to my seat, said he felt sick and vomited in my lap and over his baby sister.

I threw a cloth nappy and bottle of lime cordial at him to clean his face and hands and stripped Manon, stuffing her pretty dress in a plastic bag and wiping myself down. He went back to his seat, but ‘visited’ us again before Bungendore.

On arrival at Bungendore, I grabbed the baby and ordered Pat off the bus to run around in the fresh air. He was concerned we would be left behind, but I insisted, and he timidly got off and trotted around the picnic table that I changed the baby on.

We got back on the bus with baby dressed, and me slightly less soggy.

Then we were off chugging toward Braidwood, an unpleasant smell lingering, when Liam leaned forward and said, “I feel sick” and vomited over my shoulder, and of course, Manon.

More lime cordial on a cloth, wash his face, send him back to his seat and try to fix bub and me. Meanwhile, I notice that Imogen is being uncharacteristically quiet beside me and her face is an alarming pale-green. To spare the reader any more details, in total, five children and I were sick before we reached Braidwood. I was saturated, Manon was in a nappy and Imogen was wearing her brother’s t-shirt as a dress.

At Braidwood I ordered them all off the bus to do one lap of the park while I changed Manon again – I assured them the bus driver would not be leaving them – within his earshot.

Back on the bus, I furtively passed around dry salty crackers to settle tummies, and studiously avoided any eye contact with other passengers. The children who had not been sick on me had struggled to the toilet, and on my one visit – it had looked like a crime scene.

On reaching Bateman’s Bay, passengers disembarked and I assessed who was in the worse state. Ryan and I got off the bus and I asked the driver to pull out our bags. Unimpressed, he dug them out, I gathered clothes and we ran across the road to change. The other six children remained on the bus with their faces glued to the windows. When the driver returned to his seat and restarted the engine, Annette ran to the front of the bus to tell him that her Mum wasn’t back yet – he looked at her and said, “I hope she took her camera!”

We did make it back to the bus and leaving Bateman’s Bay I noted there were fewer passengers, but there was a definite segregation. The back of the bus and the front were filled, but the middle area we had to ourselves – except for the turbaned lady.

Just out of Mogo, Seamus dropped the packet of crackers on the floor and as the bus trundled up and down and up and down the hills toward Moruya they slid under our feet toward the front of the bus and then back again – distributing the contents widely.

All the kids were quiet and pale and green, especially Liam who started to cry, saying he felt “very sick”. The lady who sat beside him tapped my arm – she was beautifully dressed and held a eucalyptus-scented handkerchief to her nose. She offered some Eno’s to settle his tummy. I accepted her kind offer and poured a generous amount of the powder into the lime cordial. Liam initially resisted the fizzing concoction, but eventually agreed and drifted off to sleep.

Patrick, Annette, Ryan and Imogen continued to be sporadically ‘unwell’ and I wondered where it was all coming from because they had had no breakfast and most of the crackers were sliding around on the bus floor. At my wits end I then heard a startled cry, it was the lady sitting next to Liam. She was leaning as far back as she could and looked horrified – I was too when I saw the lime coloured foam pouring out of his nose and mouth.

The lady moved to another seat and I cleaned up and settled Liam. I checked on the others and sat back down. Manon, who had been so good, was dozing on my lap, but then it was her turn. She sat up and projectile vomited over Imogen and me; hit the velour wall and soaked us completely.

I didn’t move – I sat very quietly and just looked out the bus window for what felt like a long time. Tears streamed down my face and crackers slid to and fro under my feet. I had no more clothes or nappies or plastic bags or lime cordial. I felt sick and alone and very sorry for myself. And then, Imogen stood up and patted my face and kissed my cheek and we started all over again.

The boys donated their singlets to the baby girls and I appropriated Annette’s girl-size 12 t-shirt, which I squeezed my abundant, woman-size 18 body into and covered with a long forgotten, flea-bitten cardigan scrounged from the bottom of the nappy bag.

We had the whole middle of the bus to ourselves now and the kids had a chance to stretch out and nod off for the last hour of the bus trip. Going over the Narooma Bridge they began to stir and become excited – their holiday was imminent.

As we got off the bus, bedraggled, exhausted, barely dressed and carrying plastic shopping bags filled with soiled clothing, the kindly men waiting to collect us never batted an eyelid.

We had a wonderful holiday and we still laugh about it seventeen years later. I often think of the bus driver too.

P.S. At the end of the week, my darling brother drove from Canberra to collect us – it was a little too soon for another bus trip.