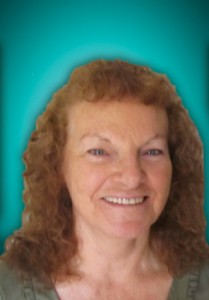 Whenever one of Christine Haines’ grandchildren stay overnight, they love choosing one of her guardian angel statues to take to bed.

While none of Chris’ four daughters practise the Catholic faith, the 64-year-old is trying to pass it on.  But not the way her own parents did it.

“Mum and Dad were very religious,” Chris says, “and every time something went wrong we had to offer it up to God.  I was sick of having God thrust down my throat, but it didn’t turn me off my faith.

“I try not to force ‘Church’ down their throats.  I just try to bring it into daily living.  I say the guardian angel prayer with my grandchildren and talk about the love of Jesus.  Some of them were here for dinner recently and one of them said, ‘Wait, Grandma hasn’t said grace yet’.”

The horror of sexual abuse by religious and previous lack of accountability is one of the main reasons her daughters have lost faith in the Catholic Church.

“They think, if this is what the Church is like, we want no part of it, and I understand that,” Chris says.  “But while my daughters have distanced themselves from the Church, they still believe in God and many of my grandchildren have attended, or are attending, Catholic schools.”

Married to Trevor at the age of 19, the couple have an interesting family – two of their girls are divorced and remarried, and the youngest, Laura, is married to a Muslim.

Chris’s four daughters are Julie, 43, Cherie, 42, Sally, 37 and Laura, 35.  Julie is married with two girls.  Cherie is divorced and remarried and has two children to each husband.  (Cherie is also a Grandma, so Chris has two great-grandchildren, 18-month-old Ellie and baby Samuel).  Sally is divorced and remarried and has five children and Laura and her Muslim husband have four children.

A happy at-home Mum for 16 years, Chris and Trevor moved the family to Alice Springs in 1985 where she worked as a secretary, and fell in love with the outback.  Heartbroken to leave in 1996, when the family moved to Jerrabomberra, Chris and Trevor are now retired and love exploring Australia in their camper trailer.

Chris knows her daughters think she is old-fashioned, and she doesn’t always agree with how they raise their children.  But she rarely interferes.

“I think kids get too much nowadays and expect too much,” Chris explains.  “They don’t fully understand the real values of life.

“But it’s a totally different era nowadays.  I grew up in Mt Gambier and we only ever had two family holidays; two trips to Adelaide, and that was the highlight of our lives.

“But then, when I was growing up, there wasn’t a lot of love shown at home.  Mum and Dad felt it but couldn’t show it.  For a while I used to blame them but Mum hadn’t experienced it when she was growing up, and Dad was an only child born to parents in their 40s, so that helped me understand.

“So in some ways I think life is better now and in others not so good.  I think parenting nowadays is a real challenge.  My girls didn’t have phones or the Internet.  Kids can download anything they like so the issues for parents are huge.

“As a Grandma, I just love watching my grandkids mature and grow.  I had a great chat recently with my 22 year old grandson, and it’s such a privilege to be involved in his life.

“It’s moving that he still loves his Gran enough to sit down and have a chat.”