The Archdiocesan Commission for Women

The Archdiocesan Commission for Women aims to contribute to the wellness of the Church by encouraging the God-given talents and gifts of all members, women and men, single and married, of whatever age, ethnic background or individual circumstance.

We look to an inclusive Church, united in Christ, which recognises and responds to the needs, and welcomes the gifts, of all women.

To achieve this we will:

Prior to the 2004 Archdiocesan Synod, four women (three employed by the Church) conducted seven workshops in the five deaneries to uncover the beliefs and experience of women in the Archdiocesan Church, with regard to what parishioners considered to be spiritual ‘life-enhancing’ or ‘life-inhibiting’ practices. After the collation of information, several proposals were put to Synod members, one of which was the establishment of an Archdiocesan Commission. Archbishop Francis Carroll authorised its birth and the Inaugural Meeting occurred on 10 September, 2005.

Its first action was to co-host the local launching of the national publication “And the Dance Goes On”: an anthology of Catholic Women’s accounts of their experience of Catholic life.  There were contributions from six women in the Archdiocese.

In 2006, Commission members produced a draft Vision and Mission statement (this was revised in 2014), and members visited each deanery seeking discussion and suggestions from anyone interested to attend. In mid-year, the Commission co-hosted the visit of American Kathy Coffey, journalist and author, who conducted two sessions on Women in the Scriptures.  In November, the Commission led two workshops on Prayer, called “Nurturing the Heart”, where participants shared on how and where they pray and then chose mini-workshops on different approaches to prayer.

The following year, Commission members initiated what grew to be a pattern over following years: providing opportunities to hear and reflect on a wide spectrum of spirituality-related topics. (As with all Commission events, men and women are welcome to attend.) Over the last several years, there has been a focus on one or two themes for each calendar year.

Because of their desire to be transparent about their activities, Commission members began an annual ‘Open Morning’ towards the end of the year, inviting anyone interested to attend. There was prayer, conversation, a report of the year’s activities and an invitation to attendees to give feedback and suggestions about future directions and activities. From 2007, a guest speaker was a feature of the morning.

The following give some indication of the range of ‘Open Morning’ speakers and topics:

Over the years, the Commission has liaised with the “Called to Connect” group (co-hosted a Women’s Breakfast at Narrabundah) and supported a Catholic Women’s League event in Batehaven. The Commission has fairly regular contact with OPW (the Office for the Participation of Women, under the auspices of the Australian Catholic Bishops’ Conference), especially now that the Commission Secretary, Lorraine Barker, is a member of the Council of Australian Catholic Women, the national body which advises the Bishops on issues relating to women in the Church and society. Maureen Babler (Commission Treasurer) contacts the parishes/Parish Priest or Team regarding upcoming talks or events. Delegated Commission members liaise with one of the Archdiocesan deaneries, notifying the parish contact person, to ask for suggestions or to draw attention to Commission-sponsored events.

Most of the organised talks have allowed further links with other organisations, including some of the Orthodox Churches, refugee and advocacy organisations, clergy of the Archdiocese, Interfaith groups, Catholic and Anglican Theological Institutes/universities, prison ministries…

In connection with the Archdiocese’s celebration of its 150 year anniversary, the Commission supported successful “Celebrating Women” events in Gowrie and Kippax, where about a dozen women in each parish spoke about their background and how they had contributed to the Catholic community life in that place.

In 2008 and 2009, two surveys were conducted to audit the ratio of men, women and religious in parish life and secondly to discover what encouraged and/or hindered women in their participation in the Church, and their practice of their faith, and what improvements would assist the desired outcome.

A small number of parishes (13) responded to the first survey (as did 37 Parish Priests), and in these 13 parishes, there was a good balance of women and men participating in parish ministries and leadership roles.

In 2014, there was an invitation from the Council for Australian Catholic Women to respond to a national survey regarding the participation of women in the Australian Church.

In 2006, the Commission hosted an evening boat cruise on Lake Burley Griffin. The trip (supported by the Canberra Southern Cross Club) was fully subscribed. The associated raffle and bucket donations raised about $3000, which was distributed in the following  year to a couple of parishes to assist women in drought stricken areas of the Archdiocese. Additionally, the money allowed two women from the Western Deanery to attend World Youth Day in Sydney, and two women to study theology in an Archdiocesan CatholicLIFE Theology course.

Bucket collections were made on several occasions after Commission presentations, and given to such ventures as Sr Jane Keogh’s support of refugees, Sr Genny Ryan’s involvement in the ACRATH organisation, the Mercy Sisters’ House for Women in Candela (Peru)…

Since 2005, it has been hard to retain younger members on the Commission. Each appointee began with a generous heart, high hopes and much ability, but became entangled in real life pulls of children, work, study, home … It’s also a challenge to inveigle country people into membership, despite modern technology.

Most current members are mature persons with much experience, passion and wisdom, but are also involved closely in grandparents’ loving tasks, and with commitments to ageing parents, spouses or siblings. From the first, we tried to do the possible: to follow Mother Teresa’s idea that we aim not so much to do great things, but small things with great love. Members are generous and committed.

The Commission’s “Bible” is the document commissioned and published by the ACBC called “Women and Man: One in Christ Jesus”. It undertook the biggest survey of Australians’ views in Australian history, in this instance, responses to a questionnaire designed to discover beliefs, feelings, experiences and practices in relation to women in the Australian Catholic Church. To obtain a  downloadable copy of the book, and a copy of the 2000 Social Justice Sunday Statement, with the 9 Proposals agreed to by the ACBC, go to: http://www.opw.catholic.org.au/woman-and-man/woman-and-man-resources.html

There is a range of information available in literature and on the internet of interest to Australian Catholic women, including:

We are women and men with a range of different backgrounds, experiences, educational and social opportunities:

Those named without a country town alongside are from Canberra.

If you would like more information, and/or have some ideas about a possible focus for the Commission, or if the Commission can support women in your parish or region, please get in touch. For example, in 2012, there was a request from some parish leaders of “Liturgy of the Word with Holy Communion” in the Western deanery for a refresher course in this leadership, and the Commission provided a qualified presenter. Leaders and supporters from about 10 Mass Centres in the west attended.

If you are able, come along to the annual ‘Open Morning’ (in October or November).

Do keep on the lookout for talks organised and hosted by the Commission. Notices about these are emailed to the relevant deanery’s Parish Priests some weeks before the event. Parish contacts are also alerted. 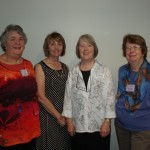 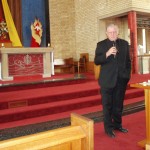 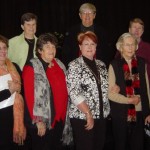 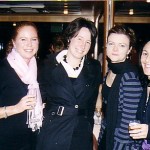 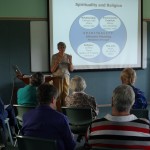 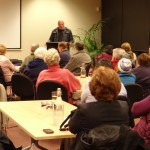 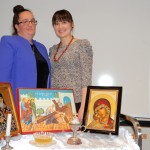 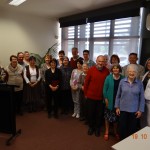 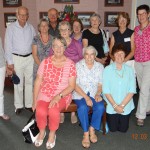 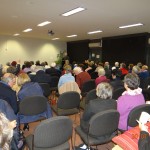 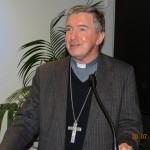 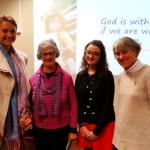 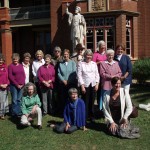 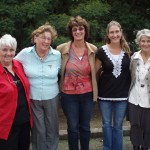 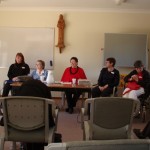 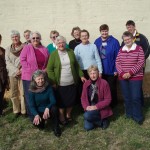 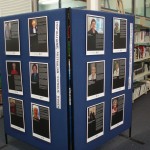 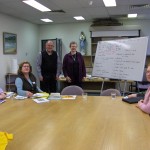 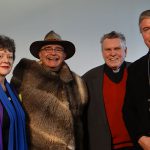 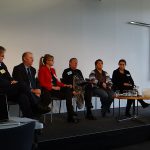