TWO Australian priests were among the 1,071 clerics from around the world commissioned by Pope Francis on February 10 as Missionaries of Mercy.

Fr Richard Shortall SJ, from the Diocese of Maitland-Newcastle and Fr Simon Ckuj, a Ukrainian Catholic priest based in Sydney, will have the capacity to forgive sins during the Year of Mercy usually only pardoned with permission from the Holy See.

Though there are several such sins, the Vatican has clarified that the faculties of the Missionaries of Mercy are limited to just four: profaning the Eucharistic species by taking them away or keeping them for a sacrilegious purpose; the use of physical force against the Roman Pontiff; the absolution of an accomplice in a sin against the sixth commandment (‘Thou shall not commit adultery’) and a direct violation against the sacramental seal by a confessor.

The Vatican called for candidates to apply to be Missionaries of Mercy in August last year, and Fr Richard and Fr Simon were informed that they had been accepted for the service in mid-January. 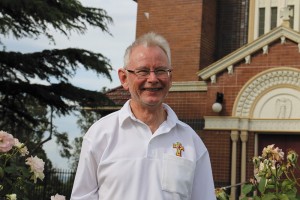 Fr Richard, who travelled to Rome for the commissioning, has already planned a detailed schedule for the year in the hope of visiting as many parts of the diocese as possible before the end of the Jubilee Year on November 20.

He intends to travel in a caravan to areas where Catholic churches and communities exist without a permanent resident priest, as well as to other places as required.

Fr Simon, who is the coordinator for the Year of Mercy for the Ukrainian Eparchy of Melbourne, said he was greatly surprised to hear he had been accepted as a Missionary of Mercy.

“I wasn’t actually nominated by my Bishop, I think I may have been nominated by someone from the Patriarch’s office in Ukraine, so when it came through it was a bit of a surprise to me,” he said.

Fr Simon explained that by providing the Missionaries of Mercy with the faculties to absolve the aforementioned sins, Pope Francis had made it much easier for penitents to be pardoned for such offences.

“If anyone would ever confess one of those sins, the priest would normally have to write, normally via the Nuncio, to the Apostolic Signatura to receive the faculties to absolve a person from that sin,” he said. 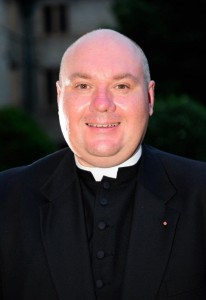 “The penitent would have to wait for permission to come through and then go back to confession to that same priest.

Whether he will require the use of the special faculties is ultimately up to God, Fr Simon said.

“No privilege comes without responsibility, and I take the responsibility very seriously,” he said. “If that means getting up at 3am in the morning because someone at that moment wants to have their confession heard, well, if that’s the way the God of surprises is working, who am I to argue with that?

“Anything that encourages people to avail themselves of the Sacrament of Penance is a good thing.”