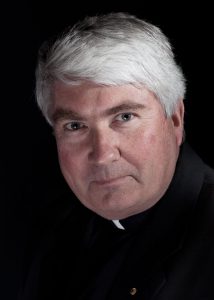 Chair Dr Maria Harries said Fr Brennan’s record on “speaking out on behalf of people who have been ignored and disregarded in our community is unparalleled”.

She said under his leadership “people experiencing disadvantage and exclusion will have an effective, compassionate, and fearless advocate”.

From his earliest involvement in civil rights movements in Queensland, Fr Brennan had held Australia to a consistent standard of upholding the rights, dignity and respect of all people, especially those most marginalised.

Fr Brennan has held significant roles in academia, public policy and advocacy including:
• Professor of Law at Australian Catholic University
• Adjunct Professor at the ANU College of Law and National Centre for Indigenous Studies
• Founding director of Uniya, the Australian Jesuit Social Justice Centre
• Rapporteur at the Australian Reconciliation Convention
• Ambassador for Reconciliation for the Council for Aboriginal Reconciliation

He is an Officer of the Order of Australia (AO) for services to Aboriginal Australians, particularly as an advocate in the areas of law, social justice and reconciliation.