The influence fathers have on their children should not be underestimated. Five fathers speak about their experience of fatherhood.

menALIVE provides men opportunities to share faith and review what matters most in their lives. 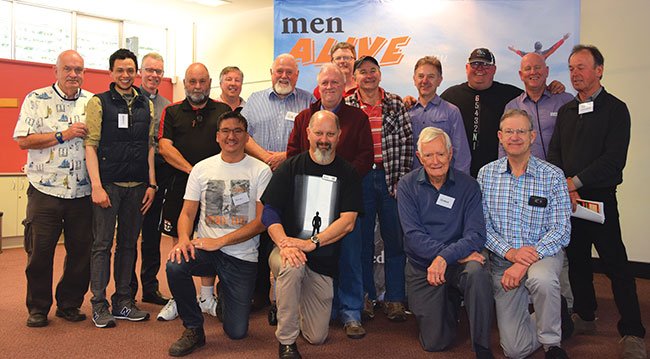 SEARCHING for life’s deeper meaning does not come easily for many men.

More than 200 men from across Australia and New Zealand took time out to attend menALIVE to the MAX, a national Catholic men’s gathering in Brisbane in July.

Described as the largest Catholic gathering of men in Australia or New Zealand, attendees were a mix of Catholics, non-Catholics and Catholics “returning home”.

Mr Lau said the conference was a time of renewal and tuning into God as well as making resolutions to take purposeful action through talks, discussion, fellowship and personal prayer.

“Regardless of where they were on their faith journey, participants were challenged to deepen their faith in God and to explore practical ways that lead to transformation,” he said.

Seven priests were available for Reconciliation.

Peter Gabauer, a member of the menALIVE founding team, reminded everyone at the conference of the mission.

“The purpose of menALIVE is to bring men together to renew their faith in God and to encourage them to be an active force of renewal of the Church,” he said.

“We hope to reawaken the zeal in men’s hearts by fostering daily prayer, fellowship, service and the support of our priests.

“Recognising that a man’s spirituality can often flourish best in the company of other men, menALIVE provides men opportunities to share faith and review what matters most in their lives.”

Since being founded in 2003, menALIVE has delivered its message to parish gatherings, conferences and retreats.

A team of lay men have run more than 350 events for 20,000 men across 26 dioceses in Australia and New Zealand.

In Canberra, menALIVE meets for 5pm Mass at St Christopher’s Cathedral on the first Monday of each month.
St Gregory’s Parish Queanbeyan will host the next menALIVE weekend on September 22 and 23 at the parish school hall in Molonglo Street. All men are welcome. For more information and to register, email queanbeyan@cg.org.au or call Frank on 0417 664 110.

When Canberra’s Anthony Doyle returned home from a Missionaries of God’s Love Philippines mission earlier in the year, he felt compelled to return. Just two months after getting back, he jetted off again, this time with sons Joseph and Samuel. Ready to witness the extreme poverty first-hand, the Doyles were also joined by Anthony’s godson, Luke Hyland. Here they share their story with Catholic Voice in time for Father’s Day. 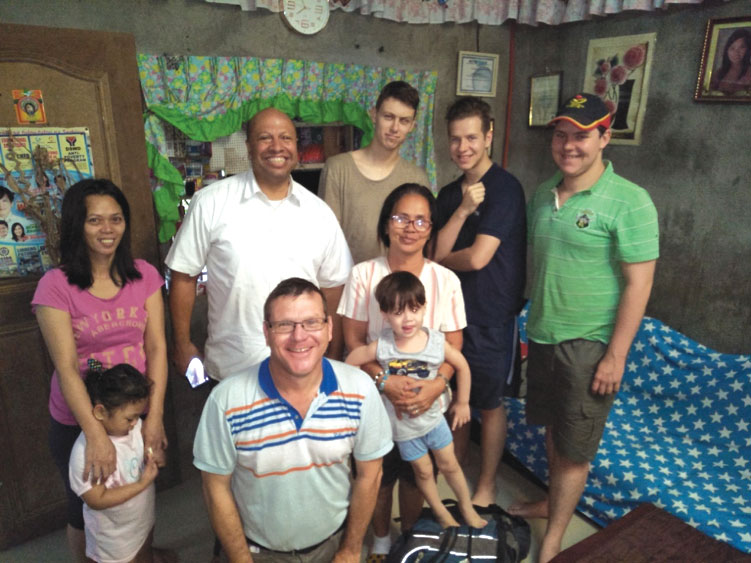 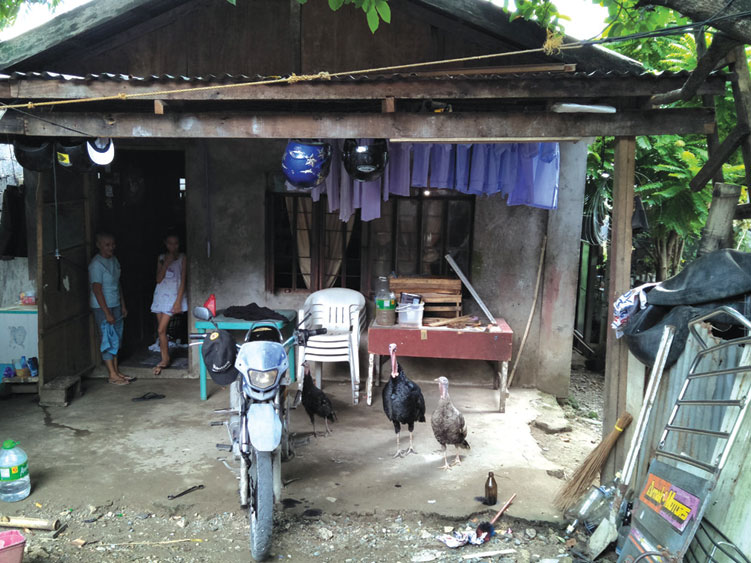 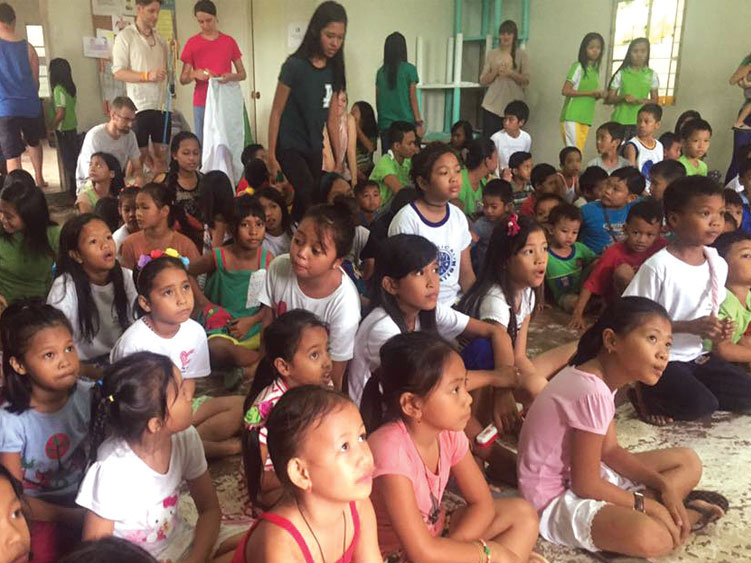 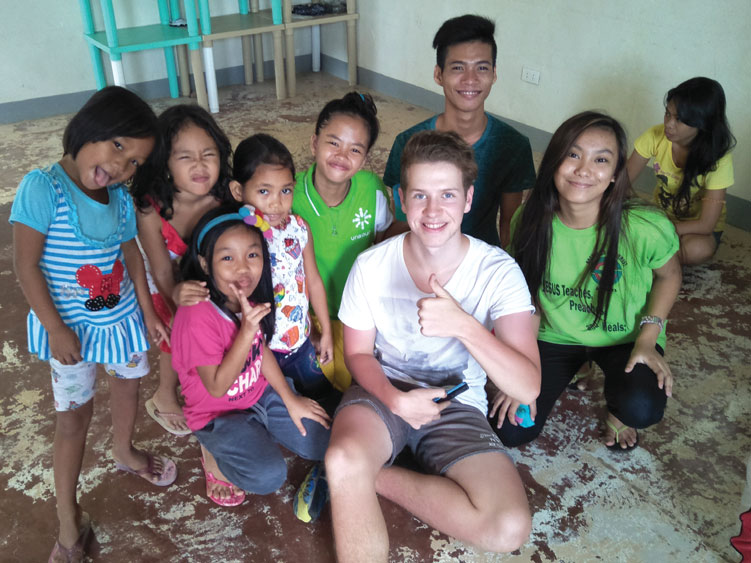 WITH a Philippines mission already under his belt, Anthony Doyle knew what to expect setting off from Australia bound for Manila. Sons Joseph and Samuel, who had never before left Australia, heard of the difficult living conditions from their father’s stories. This time they would see it up close. Calling on friend Luke Hyland to join the party, the young men entered their foreign surroundings keen to make a difference.

The MGL mission is based in the Quezon City area of Manila which has a population about the same as Australia’s. The focus of their mission is to the poor and to young people. Fr Paul Uwemedimo serves in Payatas on the city fringe. Payatas is dominated by a vast rubbish dump towering over the area. For many years, Paul has brought the love of God to the people of Payatas by arranging children’s scholarships, obtaining emergency aid, ministering the sacraments and evangelising.

The boys had to quickly find their feet, living without seatbelts, being piled on top of each other in packed Jeepneys, surviving on chicken and rice, sleeping on the floor squashed together on a mattress, and communicating where English levels vary and Australian accents are incomprehensible.

Anthony Doyle kept a diary of the mission. Here are some excerpts:

Fr Paul takes us on a visit through Payatas, where youth workers Kat and her husband Raymond have a small initiative turning old tyres into useful products. Joseph, Samuel and Luke are doing well in their first exposure to the sights, sounds and smells of a third world country.

The shock of doing something new can be tiring and so the boys need some down time, whereas second time around, I don’t need as much.

The boys have been taken through two Dickensian slums and have met and dined with young adult leaders from there that are giving back to God for what they have received. The boys are already different to when they left. They are men.

The Mass was the best example I know of the Church being amongst the people. It was enthusiastic and we were warmly greeted by the local people. It was one of the highlights of the trip.

ANTHONY DOYLE: During the visit, I had a strong feeling that my boys needed to be here. My wife Jeanine and I promised before God to raise them in the faith in accord with the reading Joshua 24:15. This has involved the endless work and self-sacrifice of parenting. Parenting doesn’t stop at the Year 12 graduation. As a father, I still have to point them to God above all my being an example (however imperfect) to them of Christian fatherhood. The boys and I remain committed to the mission.

JOSEPH DOYLE (20 years old): The shacks and grime that some of these people were living in wasn’t like anything I had seen on TV before. It struck me of the impact that the Gospel had on their lives. Knowing God’s love for them was what inspired them to make something of themselves and to make their community better. That we could help them through financial aid or even by just encouraging them was the most worthwhile thing that I did while I was over there. I was inspired by a number of young adults who had gone away and made a good life for themselves. They chose to come back and spend a year ministering to their own community who are living in poverty.

SAMUEL DOYLE (18): My experience in The Philippines provided me with multiple experiences. Firstly, that in essence, God’s people are all the same; just scattered to different places, and living in different environments. Secondly, how far a dollar goes over there. It was intriguing and inspiring for me to discover how I can contribute to some of the good works in Manila. Lastly, how much I was able to learn about myself, and how I was able to discover new perspectives and seeing God within these new viewpoints.

LUKE HYLAND (18): I didn’t expect to find so many normal people amongst such poverty. I was expecting to be building roofs and patching leaks, but I found myself translating words on Google translator to talk to a few kids. I was expecting to comfort kids and struggling parents, yet I found myself playing hide and seek with giggling seven year olds in the alleys. I was told that the people who are living in poverty often seem happy and cheerful, but that underneath it all, lies a deep pain caused by hardship. I was also told that it wasn’t necessarily about what we could build for them, but that the most valuable thing we could bring was ourselves. To be with them, playing music and basketball and helping them.