Brisbane Archbishop Mark Coleridge has unveiled plans to hold an historic plenary council of the entire Catholic Church in Australia.

It is to be held in 2020, only the fifth time in Australia’s history, and 79 years after the previous plenary council meeting. 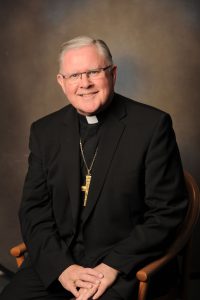 Archbishop Coleridge said bishops had agreed a plenary council or synod was needed because “we are at a time of profound cultural change. Not only in the wider community, but in the Church.

“I think we have to accept the fact that Christendom is over – by which I mean mass, civic Christianity. It’s over. Now, how do we deal with that fact?” Archbishop Coleridge said.

“We are not the power in the land which we once were.”

The last plenary council of the Church in Australia was held in 1937.

That event, and earlier ones in 1885, 1895 and 1905, were exclusively male gatherings, with only bishops, theologians and superiors of male religious orders attending.

Women, religious or lay people took no part. Archbishop Coleridge said women in the Church would play a role in 2020.

A plenary council can discuss and legislate on a wide range of issues, including matters of faith, morals and discipline.

It can also address the critical issues of the times. “This is no time for the Church to be putting up signs that say ‘business as usual’,” Archbishop Coleridge said.

“If we needed any proof, then the Royal Commission has shown that. We need to face the facts, and in the light of the facts, which aren’t always friendly, we have to make big decisions about the future.”

Beyond a Church response to the Royal Commission into sexual abuse of children, Archbishop Coleridge said he expected there would be consideration of other issues in the public gaze such as homosexual marriage.

“I would be very surprised if those issues were not an important part of the plenary council’s work,” he said.

“Everything is potentially on the radar screen, anything that does not infringe on the Church’s faith, teachings or morals.”

The plenary council could also expect to engage with contemporary issues of justice, peace, development and the environment.

Archbishop Coleridge said the idea of a Plenary Council or synod, which means “on the road together”, had been discussed by Australian bishops for the past 10 years. Agreement to proceed in 2020 gained momentum in the past 12 months.

“Now it was listening to that speech by the Pope that led me to think very clearly and powerfully that the moment had come for a plenary council.”

Back in Australia, Archbishop Coleridge put the idea to a plenary meeting of bishops. He was made chair of a steering committee and put together a motion on moving towards a plenary council in 2020.

The motion received a majority vote of support by bishops meeting in May this year.

Archbishop Coleridge said he expected the Pope would soon give approval for the plenary council to go ahead, consisting of three phases – preparation, celebration and implementation.

“I hope the agenda will be generated by genuine consultation of the whole Church between now and 2020,” he said.

Archbishop Coleridge has outlined what he considers the key issues that the whole Church should consider in 2020 to stop the drift, revive hope and set a vision.

“I think we have to ask questions about how we become a more missionary Church, and not a Church that is just retiring behind defensive walls,” he said.

“I think we have to ask questions about ordained ministry.

“The Church’s response to the diminishment of our apostolic orders, the relationship between the newer communities and our older communities, by which I mean our parishes, the whole future of the parish is a major question. Do we need a new paradigm?”

(This story was first published by the Catholic Leader on August 17, 2016.)