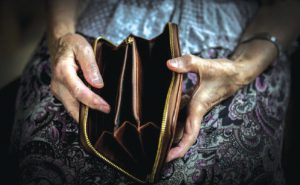 “When I give bread to the poor, they call me a saint; when I ask why the poor need bread, they call me a Communist” (the late Dom Helder Camara, Archbishop of Recife, Brazil, from 1964 to 1985)

{This month we conclude this brief look at the relationship between charity and social justice.}

LET’S look at a real-life example. The means test was removed from Australia’s age pension for people over 70 years in the mid-1970s. Some people supported the initiative, but it was opposed by others because it extended the pension to people with ample resources with which look after their needs. The means test was gradually reimposed from 1978 onwards.

The majority of other countries, however, pay pensions without a means test. They tend to regard means-testing as an attack on the dignity of poor people in that they – the poor – have to prove their poverty. They also see means-testing as divisive and as weakening social cohesion.

Means tests have the advantage of concentrating available resources on those in need. On the other hand, they risk the creation of social divisions.

Both views are compatible with Catholic social teaching. In the end each country has to make a practical judgement about what will produce the better outcome.

In the Australian context, we tend to think of social justice in terms of a “fair go”. Most of us would agree, for example, that in a perfectly just society everyone would have access to at least a minimally adequate income, to a roof over their head and to decent health care. We would also expect people to work unless they have good reason not to. We would not wish to see people lose most or all of their income from work because of excessive taxes and benefit withdrawal.

Whatever else can be said about it, social justice is about structures. Charity is more personal.

In the Christian tradition charity is expressed in the community as good works (including prayer). It tends to surface in those parts of the community where social justice is marginally or wholly inoperative.

Christian charity and social justice are complementary and need each other. At its very core social justice receives its spiritual energy and practical drive from charity. If charity is lacking, even the most elaborate framework of social justice will collapse for want of people willing to make it work in practice. To the extent that social justice is lacking, the calls on charity will exceed the capacity to meet them.