The Church: today and tomorrow?

The 2016 National Church Life Survey has revealed that Catholics across the Archdiocese are looking to build a stronger sense of community. Meanwhile Catholic researcher, Bob Dixon, shares his 2030 predictions at a recent St Thomas More Forum. 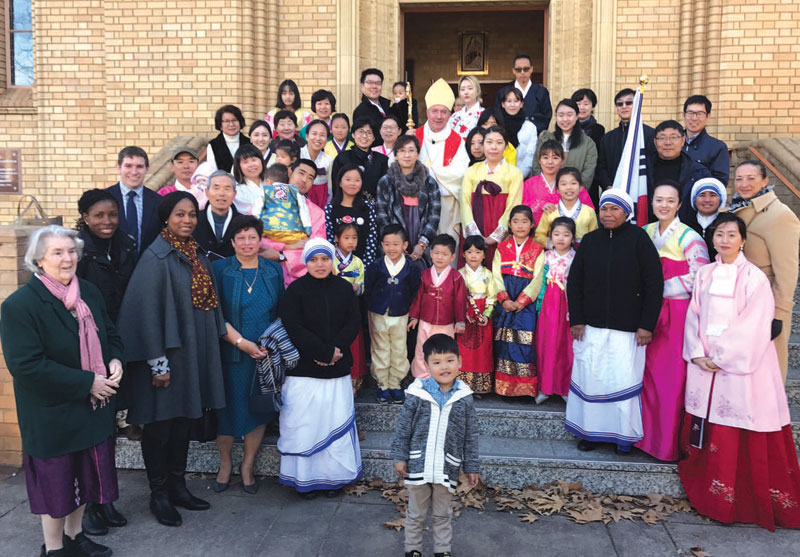 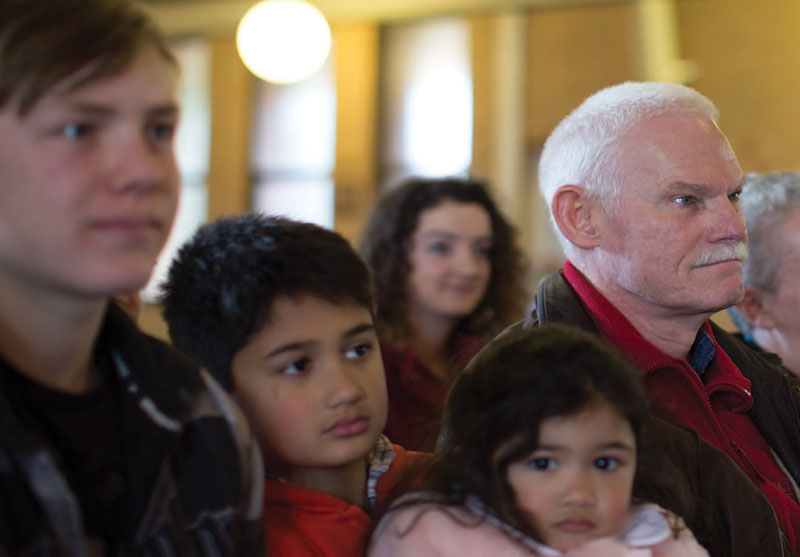 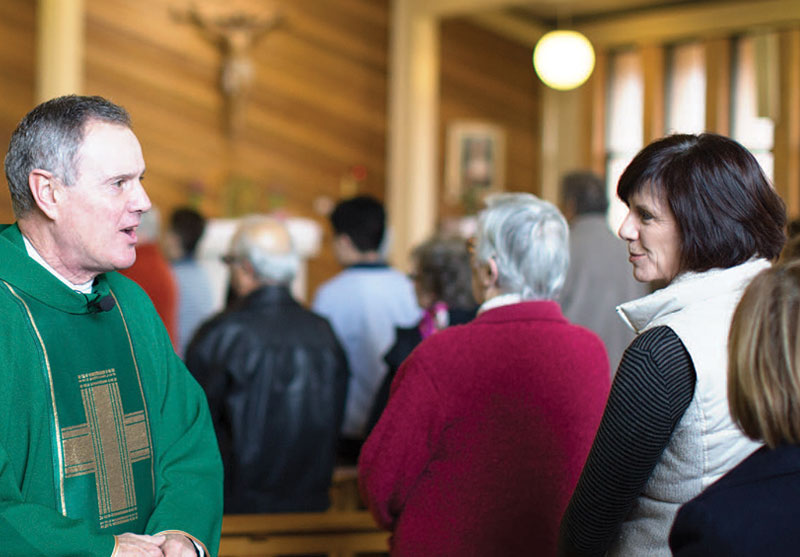 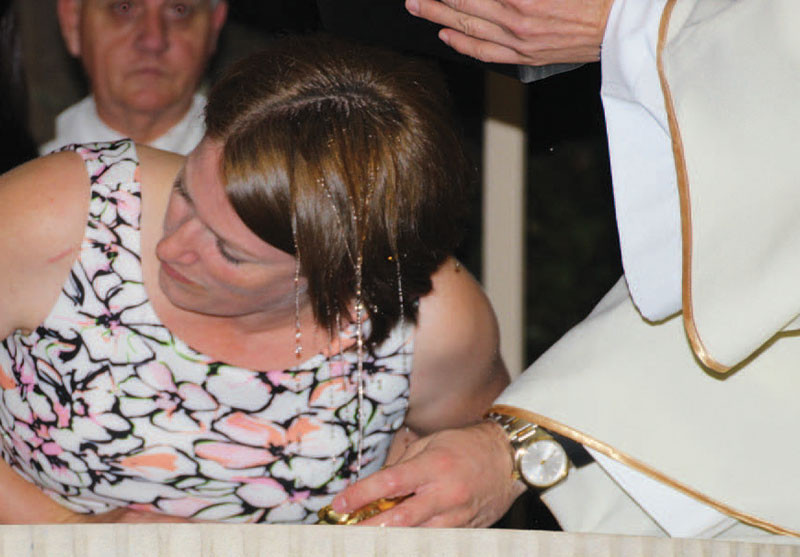 CATHOLICS across the Archdiocese are looking to build a stronger sense of community in their parishes and to take part in liturgies that nurture their faith.

These are some of the future priorities of Mass attenders in the Archdiocese, according to findings of the 2016 National Church Life Survey.

The survey is held every five years to record the vitality of churches across Australia.

The latest results for the Archdiocese are based on the responses of 6628 adult attenders, aged 15 years and over, in 60 churches.

Six out of 10 attenders are women. The average age of those who responded was 61, with the highest percentage (39 per cent) in the 70 and over age group.

Two out of three people believe that celebrating the Eucharist and receiving Holy Communion are what they value most about their Church.

The quality of homilies and a traditional style of worship or music are highly valued by three out of 10 attenders.

Praying for one another (27 per cent) and practical care in times of need (22 per cent) were also considered valuable.

Three out of 10 attenders believe their gifts, skills and talents are being used well in their parish.

The survey showed 17 per cent wanted to be more involved in their parish and 68 per cent (nearly seven out of 10) were happy with their current level of commitment.

The most gifts and skills were identified as hospitality and communication.

Nearly half of all attenders said they were not aware or had no clear idea of the vision, goals and direction of their parish.

However, seven out of 10 said they would support the development of initiatives in the ministry and mission of their parish.

Four out of five people said they had a strong sense of belonging to their parish and seven out of 10 said they found it easy to make friends in their parish.

On a personal level of faith, 35 per cent said they had experienced much growth of faith in the past 12 months.

Nearly half of attenders said they spent time in prayer, bible reading or meditation every day or most days.

Four out of 10 said God was the most important reality in their life.

Seven out of ten followers believe their music needs are being met, while slightly less than half believe they are being challenged to take action in faith matters.

Two out of 10 attenders believed increasing the number of people at Mass was a priority.

Little more than one in 10 felt at ease talking about their faith with others, while nearly three in 10 had invited friends or relatives to Mass or another church service in the past 12 months.

Seven out of 10 of those who responded to the survey were born in Australia, while two out of 10 speak a language other than English at home. Two out of 10 are new arrivals to their parish in the past five years. In all, 94 per cent attend Mass at least monthly.

In the survey of 288 children, aged eight to 14, playing games and being with people their own age rated highly (more than 80 per cent).

Children mostly identified being kind to people who don’t have any friends and standing up for what is fair and right as their gifts and skills.

Their view is that God helps them lead a better life and that Jesus is very close to them (both about eight out of 10).

About one in three said they felt close to their parish leaders and to other children in their parish.

THE number of diocesan priests in Australia is expected to stabilise in the coming decade although the proportion of Australian-born priests will continue to fall.

This is one of the forecasts demographer Robert Dixon makes when he predicts what the Catholic Church in Australia will look like in the year 2030.

Dr Dixon has retired as foundation director of the Pastoral Research Office of the Australian Catholic Bishops Conference, a position he held for 21 years.

Speaking at a recent St Thomas More Forum, he flagged that the church population would continue to grow, albeit at a much slower rate, and that the ethnic mix of Catholics in Australia would change.

While the proportion of Australian-born priests would continue to fall this would be offset by increased numbers of priests coming from India, Vietnam, the Philippines, Africa and elsewhere.

He anticipated there will be changes to the way parishes are structured and managed and suggested that religious brothers are in danger of becoming extinct in Australia and that there will be many fewer religious sisters.

Catholics make up about one-quarter of the Australian population and account for more than 40 per cent of Australia’s regular attendees at Christian churches.

Catholic organisations, in aggregate, employ more people than any other non-Government organisation.

He believes the Plenary Council in 2020 will be a decisive moment in the life of the Catholic Church in Australia.

Although he is retired, Dr Dixon is keen to continue speaking about his years of research, so that parishes can be well prepared for the challenges leading up to 2030.

He emphasised the importance of being a “listening Church” and highly recommended a book called Building Stronger Parishes, written by his former PRO colleague, Dr Trudy Dantis, who is now based in India.

Those wishing to access the research and resources of Dr Dixon and his team should visit the Pastoral Research Office website at pro.catholic.org.au

To watch or listen to his talk at the St Thomas More Forum go to www.stthomasmore.org.au and click on the video link. 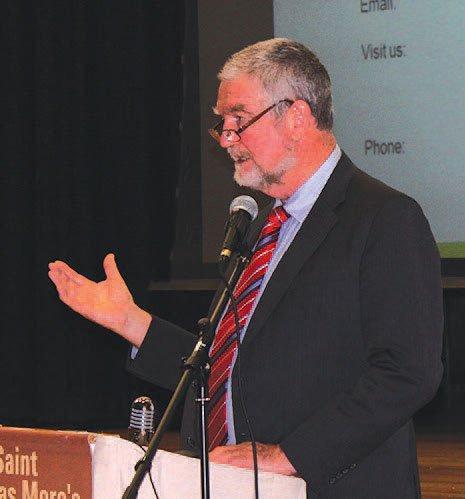