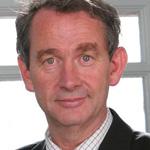 Sometimes looking after animals can be easier than bringing up children, but for a man who has been charged with the welfare of four children, 26,000 students, several head of cattle, chooks, three dogs and a cat, the same basic principles apply to each. If you approach life, in all its parts, with a solid dose of sincerity, fairness and compassion, the challenges become less intimidating and the results more rewarding, as Professor Greg Craven has found.

Son of a sports journalist and living in Melbourne’s Glen Waverley it wasimpossible not to be mad about cricket and VFL (now sadly AFL). Greg was bitten hard by the bug and is an obsessive fan and knows as much about the pedigree of the Australian cricket team and the travails of Carlton as he does about his beloved Belted Galloways that he keeps on his farm in the Hunter Valley.

It was growing up in the 60s with a close-knit Irish Catholic family that gave Greg a strong sense of family values and a deep-seated desire to make things better for those whose lives were a bit tougher than his, and he has tried to pass these values on to his own four children as they were growing up.

Greg married his wife Anne in 1979 and the two have created their own strong family unit that has survived the tyranny of distance, moving interstate from Melbourne to Perth to Sydney to follow a blossoming career, and many of the other challenges that life can throw at six people and their pets.

They have survived the school years with their children – John, 30, Catherine, 29, Thomas, 22 and Patrick, 19 – and are now enjoying the changing relationships of parenthood as their children become adults.

A constitutional lawyer, Greg is an avowed republican, has worked as Crown Counsel for the Victorian Government, has written several books on Australian government and federalism (one winning the WA Premier’s Book award for non-fiction). He took his training in law and then moved into the world of academia, which launched him into the executive life at university.

He is now Vice-Chancellor at Australian Catholic University – the largest Catholic university in the English speaking world, that embraces everyone, regardless of religion, sex or social background. Yet he still finds time to be with his family, travel, garden, and take long walks with Darcy, the youngest (four-legged) family member.

Juggling a work-life balance is the biggest challenge for all families, yet it is the basic tenets of Christianity and Anne’s extraordinary support that Greg says helps the two of them balance their family, work, social and spiritual commitments.